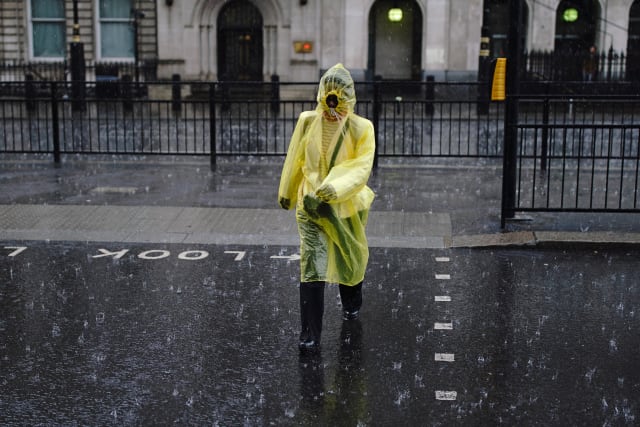 Forecasters are warning of more heavy rain and thunderstorms after some parts of the country were hit by flooding.

Two yellow weather warnings have been issued by the Met Office covering much of southern and central England and Wales on Thursday.

They predict heavy rain and thunderstorms which may bring the risk of flooding and travel disruption.

Slow moving, isolated showers could see 30-40mm of rain fall in some places over two to three hours.

Videos shared on social media revealed the extent of flooding in some areas on Wednesday night.

Ryan Shelton posted footage on Twitter of a submerged street in Ilkeston, Derbyshire, and said the flooding was “worse than ever”.

Natural Resources Wales tweeted on Wednesday evening that it had sent officers to the village of Pentre in the Rhondda valley after thunderstorms caused surface water flooding in many areas.

Another video shared online by the Environment Agency showed cars driving through a flooded street in Birmingham on Wednesday.

A Met Office yellow warning is in place until noon on Thursday which stretches across Wales, the Midlands, East Anglia and parts of London and the South East.

It warns heavy rain could bring some “localised disruption”, with the flooding of a few homes and businesses likely.

Bus and train services may be affected, with car journeys lengthened by spray and flooding on the roads.

Ms Maxey said 5-10mm of rain was expected to fall during the period of the warning, with heavier downpours bringing 30-40 mm over three to six hours.

A second weather warning covering southern England, East Anglia and south Wales is in place from midday until 9pm on Thursday.

Forecasters say “slow moving heavy showers and thunderstorms” may lead to disruption due to flooding.

Ms Maxey said downpours could bring 20-25mm of rain within one hour in some areas, with the potential of 30-40mm in two to three hours in a few spots.

“These are the ones that have the potential to cause issues such as flash flooding.”

The Met Office website warns there is “a small chance that homes and businesses could be flooded quickly, with damage to some buildings from floodwater, lightning strikes, hail or strong winds”.

It also expects there to be “a small chance of fast-flowing or deep floodwater causing danger to life and some communities becoming cut off by flooded roads”.

As of 10.25am on Thursday, the Environment Agency had five flood alerts in place for England in areas around Birmingham, Solihull, Tamworth, Loughborough and south of Wolverhampton.

These advise people to “be prepared” as flooding is possible.