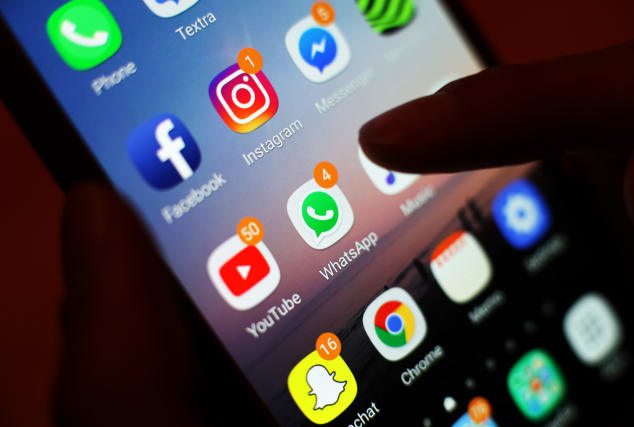 The Government is abandoning efforts to develop its own coronavirus contact-tracing app in order to focus on technology from Apple and Google.

In a major U-turn, the Department of Health and Social Care (DHSC) said on Thursday that efforts would be targeted on developing a programme to support the NHS Test and Trace service based on the tech giants' model.

But no date was being set for the roll-out, despite Health Secretary Matt Hancock having previously said the key app would be available in mid-May.

Labour said the U-turn was "yet another example" of the Government's response to the crisis being "slow and badly managed".

Officials said the Government's app, which was being trialled on the Isle of Wight, was highly inaccurate when used on iPhones, only identifying around 4% of contacts, while the Apple-Google framework recorded 99% of all contacts.

They said they hoped to feed their research into the Apple-Google project, suggesting that the trialled app is superior when dealing with distances between individuals.

Baroness Harding, the executive chair of NHS Test and Trace and Matthew Gould, the chief executive of the NHSX technology wing of the health service, said there had been "specific technical challenges".

"Our response to this virus has and will continue to be as part of an international effort," they said in a joint statement.

"That is why as part of a collaborative approach we have agreed to share our own innovative work on estimating distance between app users with Google and Apple, work that we hope will benefit others, while using their solution to address some of the specific technical challenges identified through our rigorous testing."

Mr Hancock said ministers "remain determined to continue in our ambition" to develop an app that "meets the technical, security and user needs of the public".

"Countries across the globe have faced challenges in developing an app which gets all of these elements right, but through ongoing international collaboration we hope to learn, improve and find a solution which will strengthen our global response to this virus," he added.

Labour's shadow health secretary Jonathan Ashworth said: "This is unsurprising and yet another example of where the Government's response has been slow and badly managed. It's meant precious time and money wasted.

"Ministers must now urgently prioritise building a fully effective test, trace and isolate regime lead by local expertise to break the chains of transmission of this deadly virus."

Social media users were quick to move the government over latest U-turn.

Who could have predicted that a government that got it so wrong on going into lockdown and PPE and protecting care homes and testing and getting kids back to school and everything else would have got it so wrong on the track and trace app. https://t.co/gqZs0W2LAA

The German Corona app has been downloaded more than 8m times in 48 hours. It is privacy-friendly, open source, easy to adapt, and -- most importantly -- *oven-ready*! Other than pride, what stops UK government from using it? https://t.co/Y73x1U6kHk

Ditching the NHS tracing app is not a surprise to me at all, but when will the u-turns stop? Lockdown, community testing, contact tracing, face coverings, schools, borders... why are we always so so late? Just pick a country with low mortality & blindly copy it for goodness sake!

How much did we spend on the app we've now scrapped?

Why are we spending £900k decorating a plane (trade negotiations don't, to my knowledge, take into account the fancy-ness of your arrival)

Why is there ALWAYS money for vanity projects but not hungry kids, student nurses...

The Coronavirus tracing app shambles is another example of the Government acting with speed and not haste, and wasting £m in the process. As I raised back in April, there should have been much better strategic leadership of this project with more global collaboration. https://t.co/IynzBAGww1