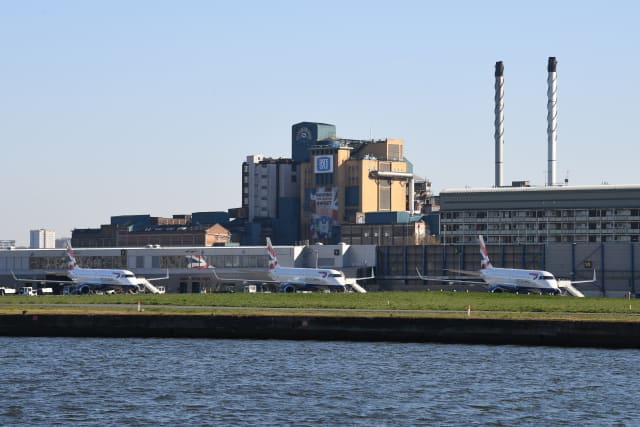 There is “clear early demand” for a return to flying, according to the boss of London City Airport.

Speaking ahead of the airport reopening for passenger flights on Sunday, chief executive Robert Sinclair said many people want to fly for leisure and business.

The airport has been closed to commercial and private flights since March 25 due to the coronavirus pandemic.

A survey of more than 4,700 of its customers indicated that 77% are very likely or quite likely to fly when they are told by the Government and airports or airlines that it is safe to do so.

Some 42% plan to travel for leisure within the next three months, while 41% anticipate taking a flight for business over the same period.

Mr Sinclair said: “This clear early demand from our passengers to get back to flying is really encouraging.

“It shows a desire to not only enjoy a holiday soon after nearly three months of lockdown, but to get back to business travel as well.”

Mr Sinclair said the airport has worked hard to create a safe environment through measures such as enhanced cleaning, limiting terminal access to those with a ticket, and mandatory face coverings.

But he stressed that he will not sacrifice the speed at which people travel through the airport, as that is “more important than ever”.

He expressed hope that air bridges enabling people to arrive in the UK without needing to self-isolate for 14 days can be agreed quickly with European countries.

“This news would be a shot in the arm for the industry as well as for the wider UK economy,” he added.

London City has been available to Government agencies and the military during the pandemic.

Once it reopens for commercial travel it will initially serve domestic routes.

The first service at the airport will be a flight from the Isle of Man operated by Loganair on behalf of BA CityFlyer.

It is expected that flights to and from Edinburgh, Glasgow and Dublin will return next month.

New routes to Teesside and Dundee will be launched on July 6, while flights to sunshine destination such as Ibiza, Florence, Malaga and Palma are likely to resume in the coming weeks.