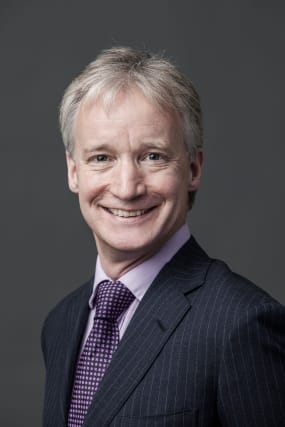 Doug Gurr leaves Amazon after nearly nine years to join the Natural History Museum, having run online operations in China and latterly the UK as country manager at the online giant.

During his four years running the UK arm of Jeff Bezos’s retail empire, he had attempted to shift it away from criticism over tax avoidance and its decision to base its European operations in low-tax state Luxembourg.

The former Asda executive, who is from Leeds, also shifted the focus away from the company’s wide-scale use of zero-hours contracts and accusations of workers being overstretched in warehouses.

Part of his aim was to make Amazon more open to the public, rather than a business being directed by its owners in the US.

This included opening up warehouses to public tours and becoming more engaged with political debate, particularly around Brexit, where he warned of the dangers of leaving without a deal.

During the lockdown, Amazon has been allowed to continue trading in the UK and implemented strict social distancing measures in warehouses in an attempt to protect staff.

Mr Gurr is understood to have spent the lockdown at his Yorkshire home.

During his tenure, the 55-year-old also launched new services for UK customers and was involved in Amazon buying rights to show Premier League matches for the first time on its Prime platform.

Latterly, Amazon bought a minority stake in Deliveroo, although the deal has been under investigation by the Competition and Markets Authority.

The announcement by the Natural History Museum that he will join its team later this year comes just a few days after the European Commission filed a formal complaint against Amazon over allegations of ripping off sales partners.

Mr Gurr is also president of the British Heart Foundation and chairman of the trustees the National Gallery. According to Companies House, he also sits as a director at Deliveroo’s parent company RooFoods.

The most recent accounts for Amazon’s UK division for 2018 show Mr Gurr’s department employed just over 22,000 staff. The highest paid director took home £419,000 – however, it is unclear whether that was the chief executive’s salary.

A note on accounts says “Certain directors’ remuneration has been borne by the ultimate parent company, Amazon.com, Inc., or one of its affiliated companies. The directors do not believe that it is practicable to apportion their remuneration for qualifying services”.

Chief executives of UK-listed companies must publish their take home pay, including any bonuses and perks, and any payoff when they leave. But because Amazon is listed in the US, the company is not obliged to provide it.

Mr Gurr’s attempts at increasing transparency at Amazon in the UK were considered to be reasonably successful during his tenure.

But Amazon declined to say when he would be leaving, who would be replacing him, and the outgoing chief did not comment on the departure.

An Amazon spokesman said: “We thank Doug for more than eight successful years at Amazon and for his leadership of the UK business in the last four.

“Doug will be missed at Amazon, but as someone who has always been passionate about culture, science and learning, we’re delighted for him that he’ll be leading one of the UK’s great cultural and scientific institutions.

“Doug will remain in his role at Amazon until later this year, and a new UK country manager will be announced in due course.”