Get the Government’s knee off the neck of the BAME community, ministers told 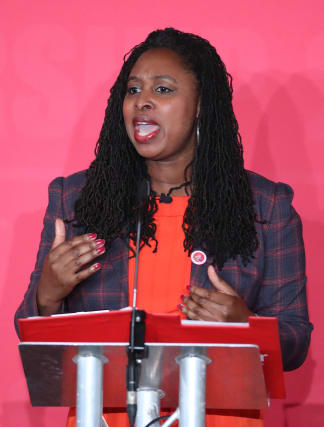 Boris Johnson’s Government must get its “knee off the neck” of the black, Asian and minority ethnic community, the Commons has heard.

Labour former minister Dawn Butler recalled the final words of George Floyd, saying his “I can’t breathe” plea could be applied to the disproportionate number of BAME people dying with coronavirus in the UK.

She said the Government must stop with the “games” and “platitudes” and instead provide support to the BAME community.

Labour’s Tanmanjeet Singh Dhesi (Slough) spoke of family members who have died of Covid-19 after calling for an independent inquiry into the Government’s handling of the coronavirus crisis, with the effects of Covid-19 on black, Asian and minority ethnic (BAME) people requiring specific focus.

Their remarks came during a backbench debate focused on the impact of Covid-19 on BAME communities.

Speaking in the Commons, Ms Butler said: “Black lives have more in common with white working class people, with LGBT plus community, with people who are underrepresented, than this cruel Government.

“In the words of the late, amazing (Labour MP) Jo Cox, ‘we have more that unites us than divides us’.

“Now is time to act. Now is the time for action.

“Now is the time to get the Government’s knee off the neck of the black, African Caribbean, Asian, minority ethnic communities.”

She earlier referred to the “public lynching” of Mr Floyd while in police custody in the United States, adding: “Racism doesn’t just manifest itself in the brutal ways that can be caught on camera and shared on social media.

“‘I can’t breathe’ – the last words of George Floyd. Those words could apply to the disproportionate number of black, African Caribbean and Asian people dying from coronavirus in this country.

“Every time the Government gets dragged kicking and screaming to do the right thing, I can’t breathe.

“I can’t breathe every time the Government hides a report or kicks an issue into the long grass by announcing another commission or another report, I can’t breathe.

“My breath is taken away by the lack of care, empathy and emotional intelligence shown by this Government time and time again.”

Mr Dhesi questioned why ministers have “ignored the evidence, dragged their feet and almost certainly contributed to a situation where people from BAME communities have been disproportionately ravaged” by Covid-19.

He said he was not able to carry his grandmother’s coffin, he had to “endure the indignity of watching his funeral online via Zoom” for his uncle, and his brother-in-law’s father died after contracting the virus in a Slough care home.

He also highlighted figures showing a decrease in the number of ethnic minority chairs and executive directors of NHS trusts in England, telling MPs: “If BAME doctors and nurses are good enough to die on the front line, surely they are good enough to lead.”

Tory Ms Ghani said there were “longstanding institutional biases” found at NHS England and Public Health England, which she described as “hiding” behind the “we just don’t have the data” reason.

Ms Ghani, who said she has lost loved ones to Covid-19, told the Commons: “The BAME community has already been severely hit and I’m not sure it could take a second wave.

“For BAME health workers to die at such a rate quite frankly amounts to negligence on the part of NHS England and Public Health England.”

“Can somebody tell me what kind of message this sends to our country?

“A message that this Government cares more about the colours of a plane than it does fighting racism, bigotry and discrimination for the people of colour.”