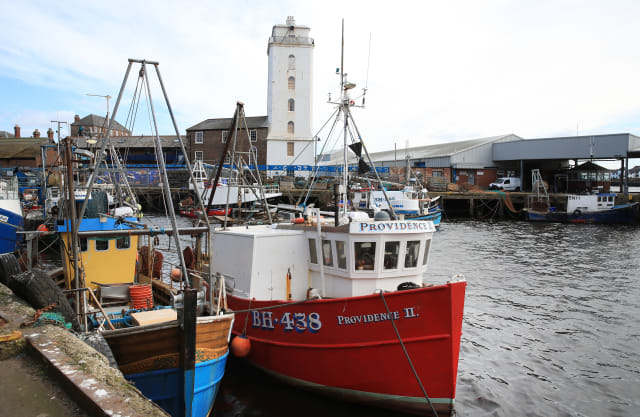 Anxious fishermen have expressed their relief after the threat of prosecution that came with recording their catch through the regulator’s smartphone app was postponed.

Concerned representatives from England’s fleet of under-10-metre fishing trawlers served legal notice in April on the Marine Management Organisation (MMO), warning the regulator that any attempt to prosecute skippers for incorrect submissions into its controversial catch recording app would be challenged in court.

But following the legal notice, MMO officials have looked to reassure the country’s 2,114 under-10-metre vessel skippers that they will not be punished for using the online tool.

Under fishing regulation rules, catch declarations have to be within a 10% margin of error or small-scale fishermen, who make up 80% of the catching industry, can face the prospect of prosecution and an unlimited fine.

But trawlermen complained that the mobile app the MMO has rolled out, which is designed to detail how much fish the under-10 fleet lands, was overly reliant on guesswork, putting fishermen at undue risk of criminal prosecution.

Skippers argued that many of the weight submissions into the £1.8 million app were guesses because on-board space constraints made it difficult to carry weighing scales.

The MMO, in correspondence sent on June 12 to lawyers representing the trade – and seen by the PA news agency – said: “We know most fishers are operating in good faith and making efforts to comply with the catch recording guidance.

“We have clarified publicly that at this stage we are asking that fishers register for the system and submit returns, providing feedback to the MMO so that any necessary improvements and/or support can be provided.

“When we move to an enforcement phase we will notify industry in good time and our compliance and enforcement strategy sets our overall approach to this.”

Fishing representatives say it is the first time the reassurances have been put into writing.

The regulator had previously vowed to only pursue criminal prosecution where it was found to be “in the public interest, proportionate and appropriate to do so”.

“I think this is something the industry can rely on and take some comfort from,” Mr Oliver told PA.

A spokesman for Plymouth Trawler Agents, which jointly sponsored the legal notice, said: “We are pleased that the MMO has now accepted that the catch recording system is far from ready for implementation, despite £2.4 million having been spent so far.

“We hope that the MMO will take this opportunity to think again and work with us in finding an alternative solution.”

Spokesman James White said: “The worry of prosecution has been hanging over many heads for months.

“This news is welcome relief from all the unnecessary stress the MMO’s handling of it has caused.

“It’s a crazy time we live in where fishermen are arguing for accurate data, and the regulator wants guesses.”

Conservative backbench MPs have previously called for a “complete rethink” on the app, while Labour’s shadow environment secretary Luke Pollard demanded it be scrapped.

“It is time they started to listen to fishing communities who know their industry much better than those trying to regulate them.”

The MMO said more than 1,900 vessels were using its new app, equating to 77% of those invited to register.

A spokesman said: “As we have stated previously, when we move to an enforcement phase we will notify industry in good time and if and when there is ever a need to consider enforcement action, that decision would be taken on a wide range of evidence available.”