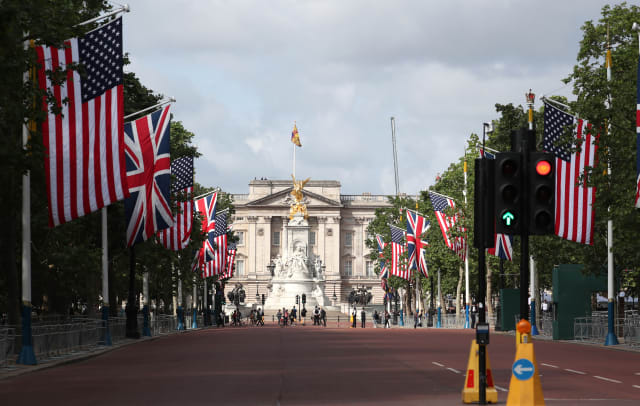 The chances of securing a US-UK free trade agreement before the November presidential election is “virtually nil,” a Labour MP has warned.

Labour’s Kerry McCarthy (Bristol East) warned the upheaval of the US elections in November made the chances of ratifying any deal much harder.

In the US, international treaties like trade agreements are made by the president but require a two-thirds majority in the Senate to be approved.

International Trade Secretary Liz Truss said the UK has not set a timetable and is instead focused on getting “a good deal”.

During international trade questions, Ms McCarthy said: “Isn’t it the case that in the absence of any final agreement between Britain and the EU on future trading arrangements beyond the end of this year, it’s impossible for the UK and US to have meaningful discussion about the extent to which the UK’s regulatory framework can diverge from the EU’s in any future trade deal?

“So doesn’t that mean the chances of actually getting a deal with the US done and through Congress before the November election are virtually nil?”

Ms Truss replied: “We haven’t set a timetable for completion of the negotiations with the United States because we’re concentrating on getting a good deal rather than any particular negotiation timetable.

“I’m afraid she is absolutely wrong with respect to the EU because we have been clear we’re not aligning with EU regulations.

“We have got our own independent regulatory regime, and we’re negotiating with all our trading partners, whether it’s the US, Australia, New Zealand or Japan, on that basis.”

She said: “The Government refuses point-blank to tell us whether British-made tear gas and other riot equipment has been used in the United States over the last month.

“So can I instead ask (Ms Truss) a very simple but important question that goes alongside that.

“Does she condemn the tear-gassing and beating of unarmed, peaceful protesters and journalists and will she make clear that riot equipment should never be used in that way?”

“However, we have one of the strictest arms licensing regimes in the world and we are absolutely clear, and I have made clear to the team, that we always comply with the consolidated criteria.”

Ms Thornberry then pressed the Government over whether a review of extant licences, as ordered by the Court of Appeal, has been completed.

She told the Commons: “On Monday in Yemen, 13 civilians travelling by road including four children were killed in an alleged Saudi airstrike, the latest innocent victims of this barbaric war.

“A year ago this week, the Appeal Court ruled that it is unlawful for the Government to licence any more exports of arms to Saudi Arabia for use in the war in Yemen and ordered the Government to review all extant licences in light of that judgement.

“A full year later, can (Ms Truss) tell us whether that review of extant licences is complete and if not, why not?”

Ms Truss responded: “We have been reviewing our processes and making sure that all the work we do is compliant with the consolidated criteria.”

Earlier, Ms Truss has sought to reassure MPs that the UK’s high food standards will not be compromised by any new trade deals she strikes.

Ms Truss replied: “First of all, we have the independent Food Standards Agency which is committed to high food standards.

Responding, international trade minister Ranil Jayawardena said: “I can assure him that trade deals will help deliver economic security for Britain and will protect us all from new trade barriers and tariffs that could harm jobs and industry.”