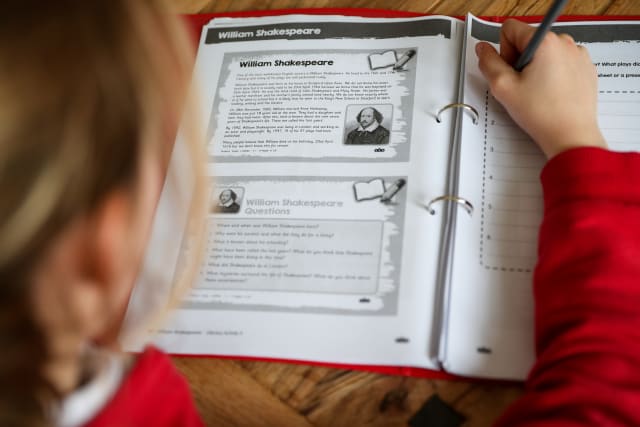 A multimillion-pound tutoring programme for pupils worst affected by coronavirus closures has been widely welcomed but concerns have been raised about the ability of some schools to pay towards the subsidised scheme.

The £350 million year-long initiative is due to start in autumn and will see state primary and secondary schools in England able to access “heavily subsidised tuition” from an approved list of organisations.

It was announced as part of a £1 billion fund to help children “catch up” with lost learning after months out of school amid the pandemic.

The other £650 million will be shared across state primary and secondary schools over the 2020-21 academic year to help children from all backgrounds who have missed out on teaching time.

The Government’s aim is that providers who run holiday clubs and activities for pupils over the summer break will be able to open – if the science allows it.

The funding has been welcomed by the Local Government Association, the children’s commissioner and unions who have described it as a “vital and significant investment”.

But some concerns have been raised around schools being able to contribute to the costs, the quality of the tutoring, and autonomy over how the money is used.

While head teachers will decide how the £650 million is spent, the Department for Education said the Government expects it to be used for small group tuition for whoever needs it.

Geoff Barton, general secretary of the Association of School and College Leaders, said this point had left them “confused” given the “assertion that head teachers will decide how the money is spent”.

The tutoring programme, a collaboration between the Education Endowment Foundation (EEF), Sutton Trust, Impetus and Nesta, will involve schools having access to subsidised tuition from an approved list of organisations, and will see trained graduates employed by schools in the most disadvantaged areas to provide intensive catch-up support to children.

It will be subsidised by up to 75%, meaning schools will have to pay some costs towards it.

Mr Barton said its concerns are around ensuring the tutoring is “high-quality” and questioned whether the money could have been given to schools to fund catch-up programmes, rather than to subsidise tutoring organisations.

He added: “If schools are expected to pay towards the cost of the tutors how does this square with the fact that school funding has been very uneven for many years and some institutions will have far less capacity to afford these costs?”

Lamenting that they had not been involved in any discussions ahead of the announcement, he called for “a much more collaborative approach”.

The National Association of Head Teachers (NAHT) described the funding as a “considerable sum of money which will empower schools to provide the support that pupils will need as they return to school”.

Paul Whiteman, general secretary, said it appeared that the Government has listened to school leaders who had called for more support.

He added: “No doubt there will be many details still to be worked through and we will continue to engage with the Government to make sure that it works with school leaders and their teams, drawing on their commitment and expertise, to produce a long-term, joined up and fully funded package of help.”

NASUWT general secretary Dr Patrick Roach said the funding announcement “represents an important step towards securing the longer term education recovery that children and young people will need and it is important that this funding is used appropriately to enhance provision and support the work of teachers”.

Anne Longfield, children’s commissioner for England, said the funding was a “welcome financial commitment” but that work must continue to get as many children back into schools before the summer holidays as possible.

She added: “Writing the cheque is only the beginning, and it will require a national effort to provide the high quality help and support required.”

Lee Elliot Major, professor of social mobility at the University of Exeter, said the tutoring programme “promises to improve the lives of thousands of children around the country”.

There was disappointment for the early years sector after the department initially announced that it would benefit from the £650m pot as well as colleges.

Following a clarification late on Thursday night that the money was going to state primary and secondary schools only, the Early Years Alliance said it “beggars belief” that the sector had been “excluded”.

Chief executive Neil Leitch said: “Childcare settings across the country are working hard to provide the best possible support to those children who have missed several weeks of important early education.

“Why is it then, that once again, schools get much-needed financial support and early years providers don’t?”

Ministers have come under pressure to get children back to school amid concerns about the damage being caused to pupils’ attainment and wellbeing.

Children in nursery, Reception, Year 1 and Year 6 have begun returning to primary school in England, and some Year 10 and 12 pupils returned to secondary school and college this week.

But all pupils are not due to return to school until at least September after the Government was forced to abandon plans to get all primary school children back in class before the summer break.

Schools closed more than 12 weeks ago, remaining open only for vulnerable youngsters and the children of key workers, which will mean some children will have been out of class for nearly six months.

“Through a collaboration of organisations across the country, our aim is to make this tuition available to tens of thousands of primary and secondary school pupils.”