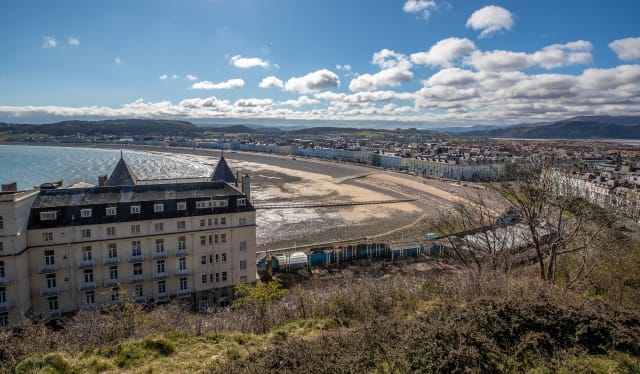 A row has broken out between the Welsh and UK Governments after the Secretary of State for Wales urged politicians to pressure the First Minister into restarting tourism in the country.

Simon Hart said in a letter to Senedd members and councillors across Wales that a failure to reopen its tourism and hospitality industries “risks plunging communities into deprivation”.

But on Wednesday the Welsh Government hit back at the MP’s letter, with its minister for international relations, Baroness Eluned Morgan, accusing him of using his office as a “lobbying outfit for the UK Government”.

Mr Hart wrote that businesses had been “frustrated or confused” by Mark Drakeford’s comments that tourism may not fully return until next year, saying that a lack of clarity from him meant “job losses will become inevitable”.

“Some have already started laying off staff.

“One member claimed that ‘the carnage starts in July without a roadmap’.

“I need not rehearse the value of the tourism and hospitality industries to our country, which employ hundreds of thousands of individuals, both directly and in supply chains, often in our most rural communities.

“I write to ask you all to do everything in your power this week to encourage the Welsh Government to set out a roadmap for the tourism and hospitality industries in Wales.”

Responding to the letter, Baroness Morgan told the Welsh Government’s daily press briefing: “Of course he has the right to make his case known, but it is an odd situation where the office of the Secretary of State for Wales is reduced to being a lobbying outfit for the UK Government.

“We will make the decisions based on the scientific evidence and the headroom that is available to us, so that we can keep our communities safe in Wales.

She said the government had prioritised avoiding a second peak of the virus, saying that Hokkaido in Japan had recently noted a surge of new cases after relaunching its own tourism industry.

A Welsh Government spokesperson later said: “We thank Mr Hart for his advice, but the First Minister makes decisions based on safety and science rather than lobbying efforts by UK Government Ministers.”

Other Welsh politicians to react to the letter included the Senedd’s presiding officer, Elin Jones, who wrote on Twitter: “I  really don’t take kindly to this political tactic.

“I will decide on my own representations on behalf of my constituents and do not need to be told what to do by a UK Secretary of State.”

Mr Drakeford previously said reopening of pubs and restaurants in Wales is “on the list” of things which will be considered for Friday’s announcement of the next stage of lockdown.

He has also said he hoped to offer “some relief” to Wales’ tourism industry later in the summer, but warned it would likely be restricted to “self-contained accommodation” like cottages and holiday homes.