UK-Australia trade deal can bring us closer than ever, says PM 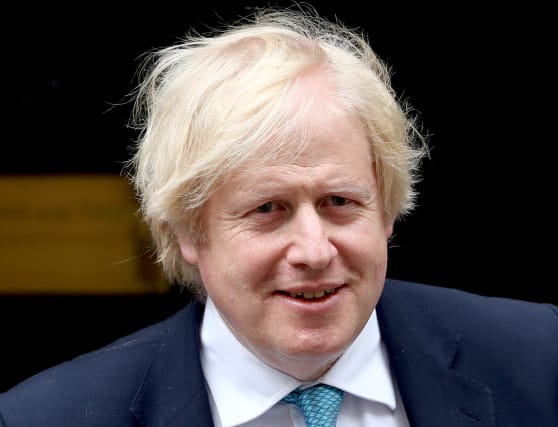 Boris Johnson said a trade deal between the UK and Australia would bring the countries “closer together than ever before”.

The Government hopes trade agreements with the two Commonwealth countries will aid the coronavirus recovery by opening up new markets for businesses and creating jobs.

Mr Johnson, in a video posted on Twitter “inaugurating” the post-Brexit talks with Australia, said: “There is a huge amount we can do, whether it is on financial services or across all the sectors of our free trade agreement.

“We share a language, we share a head of state, we are united by so much already.

“Let’s get this free trade agreement done, Australia and the UK coming closer together than ever before.”

Mr Johnson also joked about wanting to be able to trade McVitie’s Penguin chocolate biscuits in exchange for Australian Tim Tams, a similar style of confectionery that is popular down under, as part of any fresh bilateral terms.

“Think of the potential which we have,” he said. “I want a world in which we send you Marmite, you send us Vegemite.

“We send you Penguins and you send us, with reduced tariffs, these wonderful Arnott’s Tim Tams.

“How long can the British people be deprived of the opportunity to have Arnott’s Tim Tams at a reasonable price?”

Government analysis suggests the value of UK exports to the two countries could increase by £1 billion as a result of trade deals.

Drinks companies, the automotive industry and professional services firms – as well as small and medium-sized businesses – are expected to benefit from a trade deal.

The agreements are also set to include chapters on digital trade.

Britain is seeking to sign trade deals which can come into force after December 31, when the Brexit transition period ends. Talks with the EU, US and Japan are ongoing.

The first round of trade talks between the UK, Australia and New Zealand is expected to begin – via video conference – in the coming weeks.

Ms Truss said: “Our new-found status as an independent trading nation will enable us to strengthen ties with countries around the world.

“Ambitious, wide-ranging free trade agreements with old friends like Australia and New Zealand are a powerful way for us to do that and make good on the promise of Brexit.

“Pivoting towards the Asia-Pacific will diversify our trade, increase the resilience of our supply chains and ensure the UK is less vulnerable to political and economic shocks in certain parts of the world.”

“The emphasis on helping the UK’s smaller businesses access the opportunities of international trade, particularly in liberalising access for UK manufacturing services, will be good news for some of our most innovative companies, which sometimes struggle to navigate the intricacies of breaking into new markets,” he said.

Federation of Small Businesses (FSB) national chairman Mike Cherry said: “The UK is embarking on an ambitious new era of independent trade and these new deals are critical to the success of small businesses as well as the wider economy.

“Of the small businesses that export, 38% already do so with Australia while 30% are trading with New Zealand, which highlights the potential to build on these existing strong trading links via trade deals with both countries.”