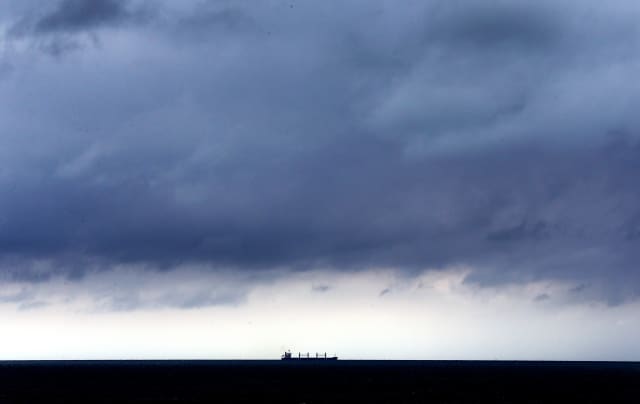 More than 20 firefighters were called to a house that was struck by lightning as violent thunderstorms swept across the north of England and Scotland, causing flash flooding in places.

Five fire crews and a turntable ladder were sent to the house in the Millhouses area of Sheffield on Tuesday evening but the damage was limited to the roof.

"It is thought the blaze, which involved the roof of a three-storey house, was started when the property was hit by lightning.

"Five fire engines and a turntable ladder were called after the call at 7.28pm.

"Nobody was hurt in the incident."

The strike happened as a storm moved across the city, bringing a dramatic lightning display and bursts of heavy rain.

An entire street in Milnrow, Rochdale, was flooded after the River Beal burst its banks, and local councillor Andy Kelly said it was the "worst flood he had seen in 20 years".

Pictures of lightning across the region were shared on social media, along with videos of heavy rainfall.

Some roads were also closed as drivers reported spray and sudden flooding, which led to difficult driving conditions.

"Please if out and about, drive to the road conditions, drop your speeds."

Cheshire Police tweeted: "Be careful if you're out and about this evening, thunderstorms are likely to affect road conditions across Cheshire.

"You can keep yourself and others safe by slowing down, keeping a greater distance between yourself & the vehicle in front, using headlights as visibility drops."

Parts of Scotland were also affected by the wet weather, which first struck overnight on Monday.

Forecasters said up to 50mm of rain would fall in two to three hours over the evening, while storms could continue into Wednesday morning.

The Met Office website added: "These showers and thunderstorms will only slowly die out through the evening, but may persist across north-west England, south-west Scotland and perhaps eastern Northern Ireland into the early hours of Wednesday morning."