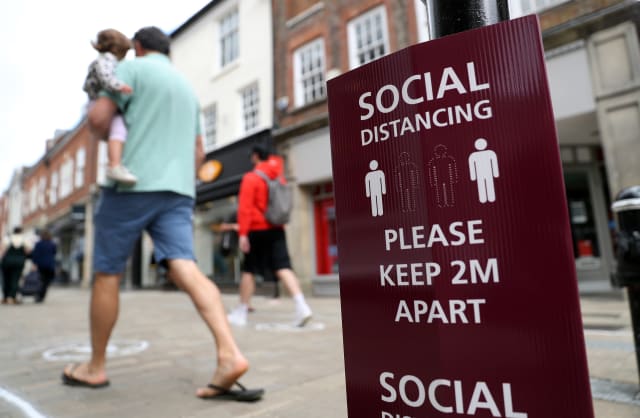 Half of companies would have to lay off staff within three months if the furlough scheme came to an end, according to a new poll.

A YouGov survey of more than 500 business leaders found 51% of companies would let employees go, including 21% who said they would lay off three in 10 or more of their workforce.

Just 34% said they would not have to get rid of anyone.

From August, businesses will be expected to contribute some of the 80% of their employees’ salaries that the Government is currently paying, with the scheme set to end in October.

Government data shows that around 1.1 million businesses have claimed cash to help support their staff.

The poll also suggests one in 10 businesses would not be able to operate if staff have to stay two metres apart or continue to work from home.

According to the research, 28% of companies would be able to operate “completely effectively” under current social distancing measures.

A further 38% believe their business would be able to operate “largely effectively”, while 24% said they would operate “somewhat effectively”.

The findings come amid pressure on the Government to ditch the two-metre rule before the reopening of pubs and restaurants.

Boris Johnson has commissioned a comprehensive review of the measure, which is aimed at limiting the spread of coronavirus but would make it impossible for many bars, restaurants and other businesses to resume trading.