PM did not consult Cabinet on merging departments – Matt Hancock 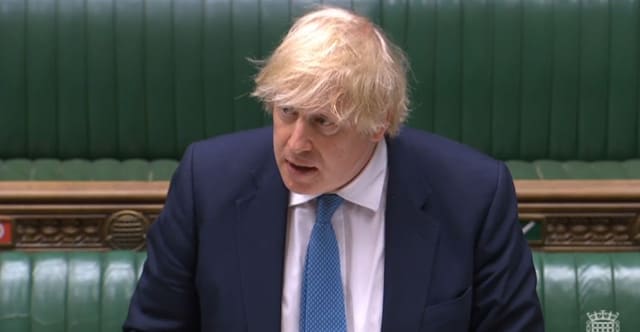 Boris Johnson decided to scrap the Department for International Development without consulting his Cabinet, Health Secretary Matt Hancock has said.

The move to merge it with the Foreign Office has come under widespread criticism from aid charities, opposition MPs and three former prime ministers, including the Conservative David Cameron.

Critics raised concerns that the plan to create a Foreign, Commonwealth and Development Office will harm the world's poorest people, but the Prime Minister said it would be a "huge benefit" to overseas aid.

Mr Hancock was asked on Wednesday whether the PM consulted his top team of elected representatives in the Cabinet before making the decision.

"No, it wasn't, it's absolutely right it's a prime ministerial decision," he told Sky News. "All these machinery of Government changes are decisions individually made by the Prime Minister."

Mr Cameron said the merger was a "mistake" and that the reforms would result in the UK commanding "less respect" on the global stage.

Tony Blair, the Labour former PM whose administration created the department in 1997, said he was "utterly dismayed" by Mr Johnson's decision.

But Mr Johnson told MPs that the separation created between diplomacy and overseas development by the department was "artificial and outdated".

Instead, he argued, the "super-department" would be of "huge benefit" to Britain's overseas aid mission.

No 10 has said it will be formally established in early September, with Foreign Secretary Dominic Raab in charge of the operation.

The PM assured MPs that the target of spending 0.7% of gross national income on aid will remain in place.

But Oxfam Great Britain chief executive Danny Sriskandarajah said: "This decision puts politics above the needs of the poorest people and will mean more people around the world will die unnecessarily from hunger and disease."