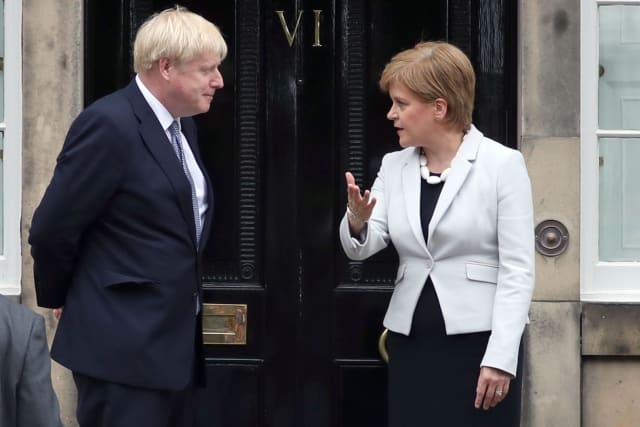 Nicola Sturgeon has accused Boris Johnson of putting “commercial and political ambition” ahead of the needs of the world’s poorest people by scrapping the Department for International Development (Dfid).

Scotland’s First Minister said the decision to merge Dfid with the Foreign Office is a “regrettable move”, although she welcomed the Prime Minister’s pledge that no jobs in Scotland would be put at risk as a consequence.

Mr Johnson said abolishing Dfid will be of “huge benefit” to the UK’s overseas aid mission but has been criticised by aid charities, opposition MPs and three former prime ministers.

Speaking at First Minister’s Questions, Ms Sturgeon said: “I fundamentally disagree with the decision that was announced yesterday to merge the Foreign and Commonwealth Office with Dfid in this way because I think it puts foreign policy, I think it puts commercial and political ambition, ahead of the needs of the world’s poorest and most vulnerable communities at a time of global crisis.

“That’s why I think it is a regrettable move in the context in which it was made.”

The department’s Scottish base at Abercrombie House in East Kilbride, South Lanarkshire, employs around 600 staff.

In response to a question from the town’s MSP Linda Fabiani, Ms Sturgeon added: “It’s incumbent on all of us to hold the UK Government to that commitment on behalf of the hundreds of people who work in East Kilbride.”