Photography exhibition turned into VR experience due to lockdown 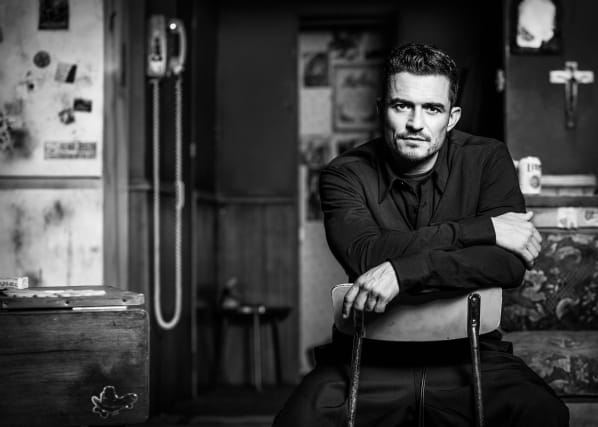 A photography exhibition at the National Portrait Gallery that never opened because of coronavirus has been turned into a virtual reality experience.

The series of black and white portraits by photographer Zoe Law, entitled Legends Of British Industry, had been installed at the London gallery, ready to go on display on March 19 until May 3.

But, on March 18, the gallery closed its doors until further notice due to the Covid-19 pandemic and confirmed it would go ahead with a scheduled three-year closure for redevelopment work from June until 2023.

Those featured in the project, which aims to showcase the best of British industries such as film, fashion and sport, include Orlando Bloom, Sir Rod Stewart and Daisy Lowe.

Law, who took the images in aid of cancer charity Maggie’s, has now released a free virtual reality (VR) experience to allow people around the world to see the exhibition.

“It was incredibly disappointing – it was two years of work and I really hoped that it would be seen by the public one day,” she said.

“I had previously thought about doing a VR tour but I thought that, because we had the real thing, we didn’t need it.

“When the gallery closed, we steamed ahead with it. It was either going to be an added asset to a show that would open or it could be the only chance for people to see it, which ended up being the case.

“It was a steep learning curve but I feel so happy that we managed to turn it around and create something amazing.”

Law recorded a voiceover describing a selection of nine portraits for the six-minute tour of the exhibition.

A team of animators worked with floor plans, dimensions and images provided by the gallery as they were not allowed to be there in person due to the pandemic.

In one photograph in the series, Manchester United footballer Sir Bobby Charlton sits shoulder to shoulder with Manchester City’s Colin Bell as both smile at the camera.

Actor Bloom is pictured on stage in between matinee and evening performances of Killer Joe in the West End, while singer Sir Rod holds a vintage Scotland football in his portrait.

The series, which features 56 stars, was started in 2017 and took around two years for Law to complete.

National Portrait Gallery director Dr Nicholas Cullinan said: “We are delighted to still be able to share, through virtual reality, these striking works from photographer Zoe Law’s Legends series, which celebrates the individuals who have made a significant contribution to British Industry, in all its myriad forms and guises.”