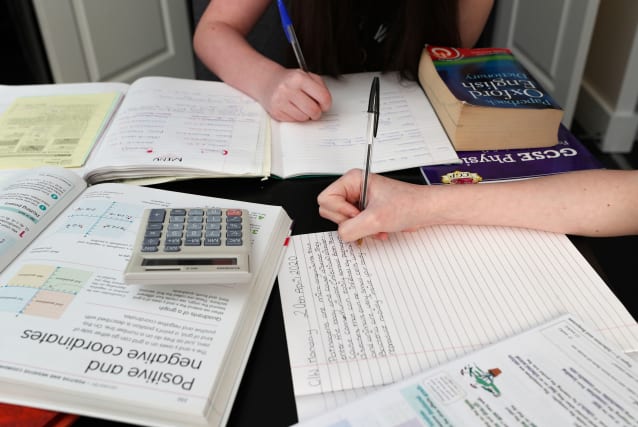 A quarter of families with children at home have voluntarily cut their working hours as they struggle to manage the competing demands of their job and childcare, a survey has found.

Among families with children living at home, 25% had done this so that they can better balance their job with caring for their children and home schooling, according to comparethemarket.com.

A third of families with children at home said they will experience a negative impact on their finances if schools are unable to reopen more fully in the near future.

About one in seven (13%) of families who have reduced their hours and pay described the cuts as “significant”, its latest household financial confidence tracker found.

Nearly a fifth (17%) believe they or their partner might have to stop working altogether to meet their parental obligations.

The weekly survey also found there has been a sharp increase in the proportion of families with children at home who had struggled to meet financial obligations in the past week, rising from 22% to 27%.

Three in 10 believe they will struggle in the coming weeks, up from 24% a week before. This compares to 18% among households without children at home.

Anna McEntee, product director at comparethemarket.com, said: “Ongoing school closures mean parents are spending more money on food, clothes and entertainment, but the demands of childcare and home schooling are also leaving many struggling to balance their professional and home lives.

“The pandemic has put many people under financial pressure but it is particularly concerning that parents are having to cut their hours and reduce their pay in order to look after their children.

“The big danger is that households which are forced to make changes to their working arrangements to enable them to meet immediate financial and parenting responsibilities may be unable to switch back to their former job structures once schools return to normal.”

It also found that, among the population generally, one in six (16%) said they now prefer shopping online and more than a third (35%) are not confident that shops will be able to enforce social distancing.

People in London were particularly likely to say they are planning to visit non-essential shops in person, with more than half (54%) saying they would do this.

Across the survey generally, 46% said that if VAT were cut, this would encourage them to visit the shops. But 52% said it would make no difference.