NHS coronavirus contact tracing app ‘may not be ready until winter’ 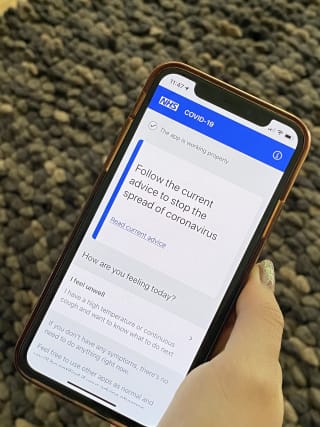 The Government’s coronavirus contact tracing app may not be ready until the winter, a health minister has told MPs.

Lord Bethell, the minister responsible for the smartphone app, told MPs the much anticipated technology was not a priority at the moment.

He told the Science and Technology Committee that the pilot of the app on the Isle of Wight had been successful, but also showed that people prefer human contact to technological approaches.

Health Secretary Matt Hancock said at the start of May that the app would be rolled out in “mid-May”.

When asked repeatedly about the delay, the Government has insisted it is only a few weeks away.

Speaking of the app, Lord Bethell said: “We’re seeking to get something going before the winter, but it isn’t the priority at the moment.”

He added that the Government was not feeling great time pressure over the app, and it did not want to “poison the pool” by rushing something out that is not “quite right”.

Lord Bethell said there was a risk of alarming people by delivering the message in an impersonal way.

He told the committee: “There is a danger of being too technological and relying too much on texts and emails and alienating or freaking out people, because you’re telling them quite alarming news through quite casual communication.”

Developed by NHSX, the technology arm of the NHS, the app is intended to send a notification warning to the smartphone user when they have come into close proximity with someone infected with Covid-19.

“We have had to deal with people working from home on new computer systems, but the effectiveness has been proven and we are confident about that. That’s where our focus is at the moment.”

When the app was first announced in mid-April, the Government said it would be central to its test, track and trace strategy.

It was originally due to be ready for a full roll-out by late May.

Speaking of the current number of people being identified by the NHS Test and Trace, Lord Bethell said there is a gap between the number of people who test positive and those referred to the tracers.

“We are working on closing that gap,” he added.

He was also asked whether the Government would look at legislating to protect people if the uptake of the app was poor.

Lord Bethell said: “Yes. There will be an ongoing battle to convince people that this app is safe and protects their privacy and we are super conscious of that.

“And I can’t stress enough how much effort has been put into ensuring that the software and the governance, and the way in which the app is constructed, protects privacy and thoughtfulness.”