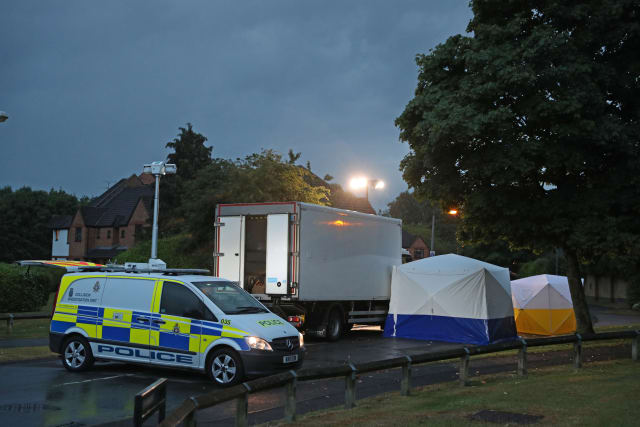 A man who was shot by officers has been arrested on suspicion of armed robbery, Wiltshire Police said.

Police were called to a report of an incident in Rivermead Industrial Estate in Westlea shortly after 5pm on Tuesday.

It was alleged a man, armed with what was believed to be a handgun, had stolen a lorry.

The vehicle was intercepted by armed police in the Ridge Green area of Swindon and a police firearm was discharged.

A 59-year-old man suffered a leg wound and was taken to Southmead Hospital in Bristol for treatment.

His injury is not believed to be life-threatening and he remains in hospital.

Wiltshire Police confirmed the man had subsequently been arrested on suspicion of armed robbery.

Assistant Chief Constable Deb Smith said: “I want to thank everyone living in this part of Swindon for their patience and understanding while we dealt with last night’s incident.

“This was a rapidly developing situation which saw officers on the scene within minutes of the calls being made to us.

“I know it would have been very concerning for those living nearby and I want to reassure you that this was an isolated incident which was dealt with by specially trained officers.

“Due to the fact that a police firearm was discharged, this has been automatically referred to the Independent Office for Police Conduct (IOPC) and they will now be leading an independent investigation into the circumstances surrounding this incident.

“Finally, I want to thank all the officers and staff who attended what was a difficult and fast-paced situation.”

The force said increased patrols would be carried out in the area to provide reassurance for local people.

In a statement on Tuesday, the IOPC confirmed it had launched an independent investigation into the shooting.

“We have sent investigators to the scene and to the post-incident procedures,” a spokesman said.

On Tuesday, residents told how police shouted “put the gun down” and pointed their weapons at a man in a lorry.

They described hearing a “bang” as the door of the vehicle was opened.