Former archbishop ‘dismayed’ as permission to officiate as priest revoked 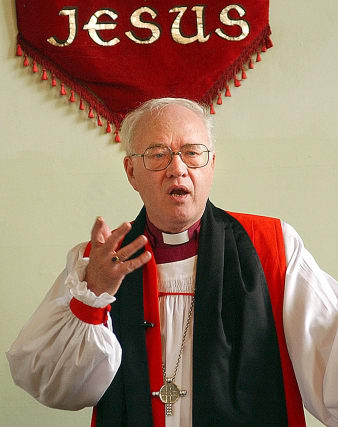 The former Archbishop of Canterbury has said he is “bewildered and dismayed” to have had his permission to officiate as a priest withdrawn.

Lord Carey is no longer authorised to minister within his diocese, the Church of England said, after new information emerged in relation to a review being carried out into a barrister who was accused of abusing boys.

There has been no allegation of abuse made against Lord Carey.

An independent inquiry was announced last year into the church’s handling of allegations against the late John Smyth QC, who allegedly abused boys at Christian camps.

Police had been planning on questioning Mr Smyth when he died in South Africa in 2018 at the age of 77.

Mr Smyth was alleged to have beaten children in the 1970s and 1980s while he was a leader at the Iwerne Trust camps.

A spokesman for the Diocese of Oxford said that in the course of the review “new information has come to light regarding Lord Carey, which has been passed to the National Safeguarding Team for immediate attention”.

The spokesman added: “Lord Carey’s PTO (permission to officiate) was revoked by the Bishop of Oxford on Wednesday 17 June. Lord Carey is currently unauthorised to undertake any form of ministry in the Diocese until further notice.”

In a statement to Channel Four News, Lord Carey said: “I am bewildered and dismayed to receive the news a short time ago that due to concerns being raised during the review of John Smyth QC, I have had my PTO, my Permission to Officiate, revoked.

“I have been given no information on the nature of these concerns and have no memory of meeting Mr Smyth.”