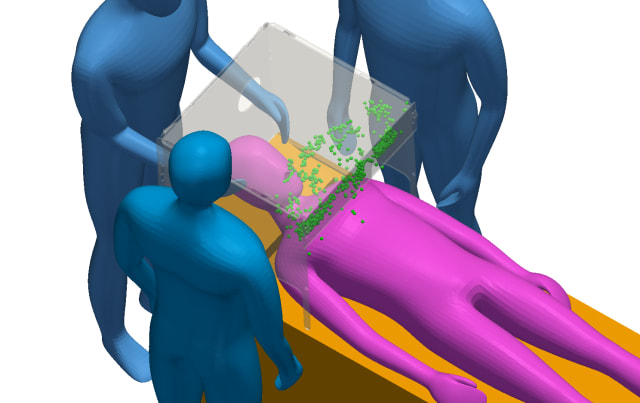 Formula 1 technology has been used to develop a new type of aerosol shield designed to keep clinicians safer when treating coronavirus patients.

Motor racing engineers from the Renault DP World Formula 1 Team created the device known as the Oxford Box, which has been approved for use at Oxford University Hospitals (OUH) NHS Foundation Trust.

After extensive trials, staff at John Radcliffe, Churchill and Nuffield Orthopaedic Centre in Oxford, and the Horton General Hospital in Banbury, will be able to starting using the Oxford Box.

The covering helps to eliminate the spread of airborne particles and to protect both medical staff and patients, though doctors say it could be useful in other cases beyond Covid-19.

“It is unique because it is completely collapsible, easy to stow away – space is a precious commodity in hospitals – and is much easier to clean than other similar devices being developed, which helps enormously with infection control,” said Bianca Tingle, a consultant anaesthetist at OUH.

“It adds a vital layer of protection for clinical staff.

“Removal of PPE (‘doffing’) is the riskiest moment for us, but keeping aerosols inside the Oxford Box greatly reduces contamination of us and the surrounding area.”

The device, which weighs 7kg, was developed in collaboration with the University of Oxford’s Oxford Simulation, Teaching & Research (OxSTaR) centre, as well as Enovation Consulting and One Group Engineering.

Renault DP World F1 Team’s Paul Cusdin said: “We modelled the speed, direction and air flow as we would in F1 and were thus able to advise the best placement, size and shape of the box to take its protection level to near 100% for the treating medic.”