Duke of Cambridge celebrates return of the Premier League 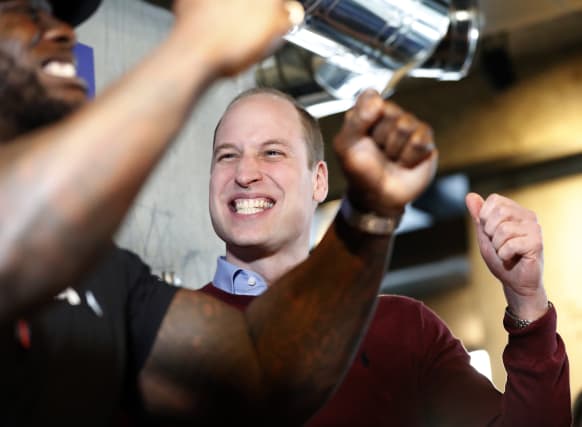 The Duke of Cambridge has thanked those involved with restarting the Premier League as his beloved football team played their first game since the coronavirus shutdown.

William, president of the Football Association (FA) and an avid Aston Villa fan, said it was “so good” to see the sport return, adding: “We have all missed it!”

Ahead of the 6pm kick-off, William posted a tweet, signed “W”, which said: “So good to have football back, we have all missed it!

“Thank you to everyone involved for your hard work in making it happen. W.”

The duke has spent much of the coronavirus lockdown with his family at their Norfolk home Anmer Hall and is likely to be watching the match at his country retreat.

His son Prince George appears to have inherited the duke’s footballing allegiance, after he was pictured supporting the Villans in a Premier League match earlier this season.

In a recent BBC documentary about men’s mental health in the world of football, William revealed the sport has become more important to him as he has got older.

While the Premier League’s return was behind closed doors, football fans have been given some hope that they could return to stadiums next season.

Culture Secretary Oliver Dowden said talks were currently taking place to work out how fans might be able to return to football grounds.

“I would really hope that by the return of the new season we might be in a position whereby some fans could start to return to stadiums,” he told a Downing Street briefing.

“And I know that would be another important part of restoring the financial position of clubs.”

He also urged fans not to gather in groups to watch games or crowd outside stadiums.

The Cabinet minister said he had been “working closely” with police on how to deal with such incidents.

Mr Dowden said: “Police have appropriate powers and they will be able to use them as necessary.

“But I really hope this situation won’t arise in the first place.

“I really do trust the good sense of football fans up and down the country, and indeed of the British public, to know that you can watch this safely at home.”