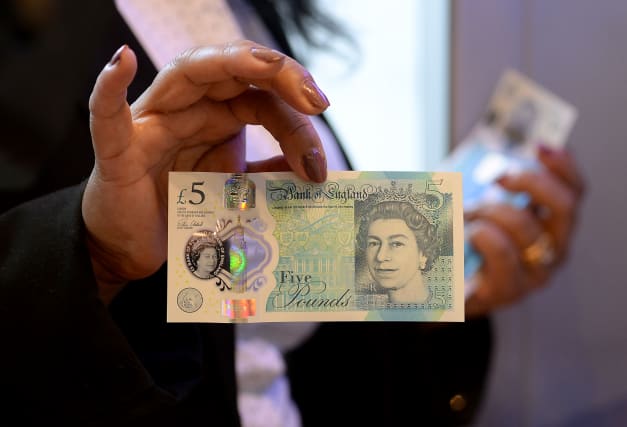 Banknote maker De La Rue has said it expects demand to grow around the world for its “cleaner” plastic banknotes as governments try to slow the spread of coronavirus.

The company’s polymer notes are less likely to spread dirt than traditional paper money, according to its research.

“In circulation they’re kept cleaner because stuff doesn’t stick to them in the same way,” said chief executive Clive Vacher.

“Paper, as a medium, tends to suck up anything that it touches, whereas polymer provides a smooth surface,” he said.

The notes are also washable.

But he cautioned against claiming the notes are coronavirus-proof, because there have been no tests on how the virus sticks to paper or polymer, and there is no scientific evidence that Covid-19 can be transmitted via notes.

“But there is no doubt that a big driver – apart from the longevity of notes – is the cleanliness of them, and that’s why state banks and state printworks are making the decision to switch,” he said.

Around 85% of banknotes around the world, or 150 billion notes, are still printed on paper.

Most of the money, around £80 million, will go into the company’s turnaround plan.

Around £15 million will be invested into polymer note production, which is based in the UK.

“It’s very likely to be in the UK, but actual location is still under discussion,” Mr Vacher said.

The company has drawn up a shortlist of potential sites.

In February, the firm announced it would be embarking on a turnaround plan to grow its currency arm, and the authentication business, which works to prevent fraud.

The news came a day after the Serious Fraud Office dropped its years-long investigation into De La Rue over fraud allegations in South Sudan.

“We still don’t have the details of what the allegations are,” Mr Vacher said.

“But very importantly, we have for many years and we continue to have the most robust and highest level of ethical and legal compliance,” he said.

He said nothing was being done differently in De La Rue because of the SFO probe.

“We constantly review our processes and procedures in that arena because it is so fundamental, but there is nothing about that investigation that caused us to have any concern, and had anything that we needed to change.”