Coronavirus: NHS Test and Trace figures due amid concern over ‘impossible’ goals 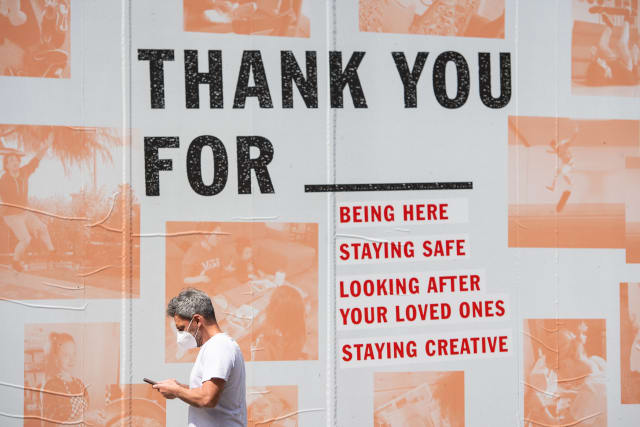 Fresh evidence on how well the NHS coronavirus Test and Trace programme is working is to be revealed following controversy over missed contacts in its first week.

Statistics covering the second week of the operation between June 4-10 will be released on Thursday morning, including how many people in England who tested positive have been reached and how many of their contacts were advised to self-isolate.

Last week’s figures sparked concern as they showed a third of people who tested positive for coronavirus could not be reached by officials or failed to provide details of their contacts.

Baroness Dido Harding, who heads the programme, admitted last week that it was not yet “gold standard” but was “fit for purpose” and ministers have continued to stress its importance in reducing and eventually ending social distancing measures.

It comes as a group of independent experts formed to monitor the Government’s coronavirus response has called on ministers to reveal the scientific basis behind the Covid-19 Test and Trace system.

A new report from the Independent Sage body said that lives are at risk from a system that “will not work”.

The group insisted that it was “impossible” to realise the goal of reaching 80% of contacts under the Government’s current Test and Trace plan which contains “critical failures”, according to the study.

The report said the easing of lockdown was “premature” while evidence shows the pandemic “is still growing without a functioning tracing system in place”.

The group was set up over concerns voiced by some experts that there is not enough transparency around the scientific advice feeding into government.

Ministers have relied heavily on the official Scientific Advisory Group on Emergencies (Sage) during the crisis.

– Prince Charles has expressed concern coronavirus could have a “potentially devastating” impact on youth unemployment.

– It was reported the Government is set to unveil a year-long national tutoring scheme to try and help pupils catch-up with lost learning.

– Health secretary Matt Hancock apologised for a “human mistake” after he was filmed breaking two-metre social distancing rules in the House of Commons.

The Prince of Wales has insisted that young people need help “more than ever” due to the Covid-19 outbreak.

The coronavirus pandemic could have a “potentially devastating” impact on youth unemployment, he said.

The founder of the Prince’s Trust used a video message to say that “youth unemployment can cause a terrible downwards spiral, impacting mental health and leading to challenges such as low self-esteem, poverty, homelessness, or worse”.

He added: “We also know the difficulties faced by a disrupted education, a loss of entry-level jobs and rising unemployment.

“It is a real challenge to thrive in the midst of chaos and economic disorder, but this is why my Trust was set up – to help people to a better future.”

In Scotland, Nicola Sturgeon is expected to announce a further easing of coronavirus restrictions.

It is anticipated the First Minister will confirm the country is moving into phase two of her four phase plan for ending lockdown when she addresses MSPs at Holyrood.

Under the current proposals, moving to phase two could see Scots allowed to meet larger groups of people outside – but also meet people from another household indoors, with physical distancing and hygiene measures in place.

Meanwhile, schools in England are set to be given funding to hire private tutors from approved agencies, according to the Guardian.

The move would be aimed at helping pupils catch-up with lost learning.

The multi-million pound initiative is expected to involve thousands of tutors for a year long programme, the newspaper said.