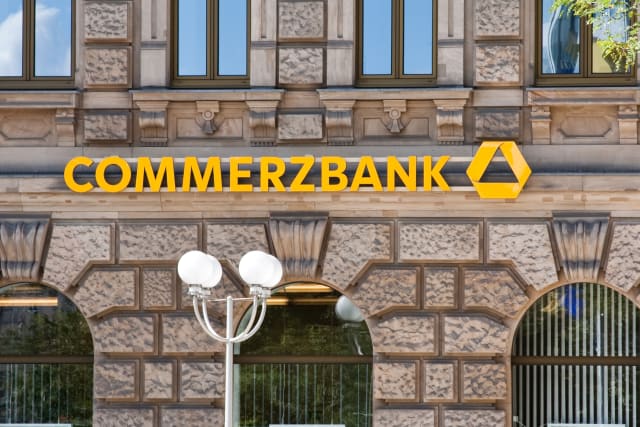 Officials said the fine would have been more than £54 million had bosses not co-operated and installed new systems to properly check wealthy clients are not using the bank to transfer money from criminal activities.

But the FCA still accused the bank of putting profits above checks, despite repeated warnings in 2012, 2015 and 2017, at a time when other banks were being fined for failures to stop potential money laundering.

The watchdog said: “For example, in mid-2016, the Financial Crime Team in Compliance consisted of just three full-time employees, when in mid-2018, following an acknowledgement by Commerzbank London of the need to dramatically increase staff in this area, this was increased to 42 full-time employees.”

In another example, a high-risk client was allowed to make 16 transactions in 2016, despite being five years overdue for a new background check. The deals netted the bank £273,799 in fees.

FCA executive director of enforcement and market oversight, Mark Steward, said: “Commerzbank London’s failings over several years created a significant risk that financial and other crime might be undetected.

“Firms should recognise that AML (anti-money laundering) controls are vitally important to the integrity of the UK financial system.”

The investigation found that by March 1 2017, 1,772 clients were overdue for updated due diligence checks to ensure any cash coming into the London bank was not from high-risk countries.

But a large number were allowed to keep using accounts for transactions through a series of exemptions which became “out of control”, according to the report.

It said: “An exceptions process put in place from May 2016 to permit existing clients to continue to transact with Commerzbank London, despite not having been subject to timely periodic KYC (know your customer) checks, became, as at the end of 2016, out of control, with both senior branch management and Compliance lacking understanding and adequate awareness of the process.”

The FCA added that in 2015, Commerzbank’s automated tool for monitoring money-laundering risk on customer transactions was missing 40 high-risk countries, and 1,110 high-risk clients had not been added.

Since the investigation ended, Commerzbank London has updated its systems to a suitable standard and is conducting a “look-back exercise” for any suspicious transactions during the period.

The FCA has not referred the matter to police for a criminal investigation, considering the matter resolved following the changes made by the bank.