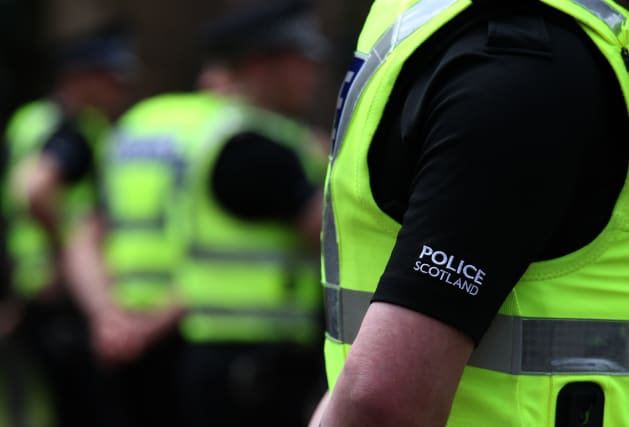 Arrests have been made at a planned protest against the living conditions of refugees in Glasgow, as “racists” made the area “unsafe”.

Images on social media show hundreds of people in the city’s George Square on Wednesday as well as a large police presence with clashes breaking out.

No Evictions Glasgow was due to be protesting over the living conditions of refugees at around 6pm, but said it had been made aware far-right groups would be turning up an hour before.

The campaigners had to cut short their rally in George Square as it was deemed “unsafe”.

A statement posted on Twitter said: “It’s been decided the location of the demo at this time is not safe so we are going to leave the area as a group. If you haven’t made it in don’t try get in and stay away from the square. Try + make sure you are not alone if you are at the demo or in the vicinity.”

The campaigners continued their protest as they were escorted from the scene.

Scottish Justice Secretary Humza Yousaf branded the other group “racist” and said arrests had been made.

He tweeted: “Briefed by Police Scotland on disorder in George Sq. Let’s not mince our words, this has nothing to do with statues and everything to do with racist thuggery. Police have made a number of arrests already and will continue to take all necessary action against those responsible.”