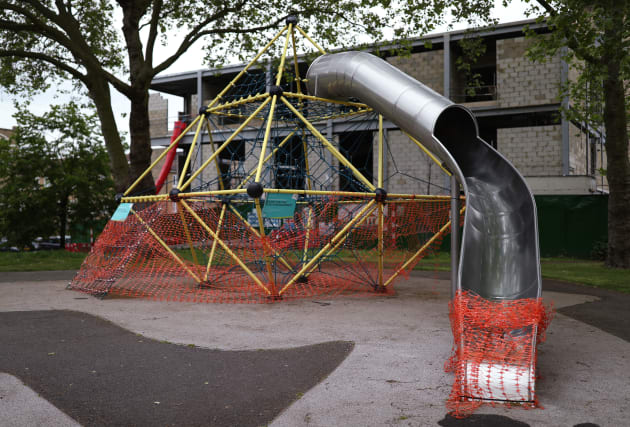 Youngsters are showing increasing signs of feeling unhappy or worried, being clingy, as well as experiencing some physical symptoms linked to worry, parents have reported.

Children aged four to 10 have also shown behavioural problems are increasing over time such as temper tantrums, arguments and children not doing what they are asked.

Parents of these children also reported increases in attention difficulties as well as restlessness, according to a survey.

But teenagers have reported no change in these factors over month during lockdown.

However, parents of secondary school pupils reported a reduction in their child’s emotional difficulties, but an increase in restless and attention behaviours.

More than 10,000 parents and carers as well as 1,000 adolescents are taking part in a University of Oxford study which has tracked the mental health effects on children during the coronavirus crisis.

Almost 3,000 parents and 600 teenagers took part in the first follow up survey which took place a month later than the initial poll.

Tom Madders, campaigns director at the charity YoungMinds, said: “This research suggests that many younger children have found it increasingly hard to cope as the lockdown period has gone on, which may be because of loneliness, fears about the coronavirus or a loss of the routines and support that come with school.

“The picture appears to be more variable for older children in this study.

“Following the anxiety and uncertainty of going into lockdown, some are likely to have found the restrictions more difficult as time as gone on, while others – including those who feel safe and secure at home but who find school challenging – may have adapted well to their new reality.

“For those young people, going back to school after a long break may well be tough, and it’s vital that there’s a re-adjustment period where wellbeing is prioritised.

“It’s also important to recognise that some of the most vulnerable young people in our society – including those who have experienced abuse, violence or neglect – are often the hardest to identify.

“We need to ensure that effective support is available for all children who need it now and as restrictions lift.”

Professor Cathy Creswell, professor of developmental clinical psychology at the University of Oxford, and co-lead of the study, added: “Prioritising the mental health of children and young people throughout the Covid-19 pandemic and beyond is critical.

“These findings highlight that there is wide variation in how children and young people have been affected, with some finding life easier but others experiencing more difficulties.

“Our findings have identified some sources of variation but we need to continue to gain a better understanding of which families are struggling and what they need to help direct the right advice and support going forward to ensure that this does not have long-lasting consequences.”