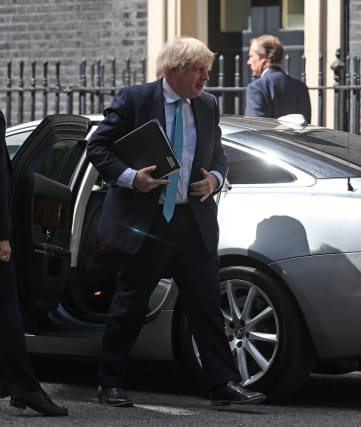 Ministers are under pressure to provide a financial “lifeline” to families receiving Universal Credit as research suggested around two thirds have been forced into debt during the coronavirus lockdown.

The Joseph Rowntree Foundation and Save the Children surveyed 3,105 parents of children under 18 claiming either Universal Credit or Child Tax Credit during late May and early June.

It found that 60% of families receiving the benefits had turned to payday loans or using credit cards to borrow money.

The survey also revealed that 86% of families have faced extra household costs as a result of the Covid-19 pandemic, with half saying they were behind with rent or other bills. Some 70% of families said they have cut back on food and other essentials.

The findings come after the Government was forced to perform a U-turn to provide free school meal vouchers to eligible pupils over the summer holidays following a high-profile campaign by England footballer Marcus Rashford.

Downing Street on Tuesday announced a one-off £120 million fund which will benefit some 1.3 million children in England over the six-week summer period.

Rashford said he was “grateful” that Boris Johnson changed his mind, while the PM congratulated the player and said the policy change was the “right thing to do”.

Mr Johnson will appear before MPs at Prime Minister’s Questions on Wednesday afternoon.

He has been privately criticised by some Tory backbenchers for the time taken to announce the policy change on free school meals, and is under growing pressure to reduce the two-metre social distancing rule to help revive the economy.

The Prime Minister said “watch this space” in response to pressure to ease the rule, which businesses including shops, bars and restaurants say limit their ability to reopen.

The need for action to support the economy was underlined by official figures which showed a sharp drop in the number of paid employees – down by 2.1% or 612,000 in May compared with March – and a huge increase in benefit claims.

Although the UK jobless rate remained largely unchanged quarter-on-quarter at 3.9% in the three months to April, with unemployment at 1.34 million, there are fears that more redundancies could follow as Government support is withdrawn over the coming months.

– Mr Johnson said there was a “chink of light” in the battle against coronavirus as a study of the cheap, widely-available steroid dexamethasone indicated lifesaving results among some of the most seriously ill Covid-19 patients.

– The number of deaths involving Covid-19 in the UK has now passed 53,000, according to the latest available data.

– The first English top-flight matches since March will be played after a three-month pause caused by the pandemic, with Aston Villa hosting Sheffield United and Manchester City taking on Arsenal.

– The Creative Industries Federation warned the UK is facing a “cultural catastrophe” with the loss of more than 400,000 jobs in the sector as a result of the pandemic.

Meanwhile on Wednesday, MPs on the Education Select Committee will hear evidence from union chiefs on the reopening of schools, while the Science and Technology Committee will take evidence on the test-and-trace programme.

The Work and Pensions Select Committee will also hear evidence on the problems experienced by Universal Credit claimants as part of its inquiry into the five-week wait for a first payment.