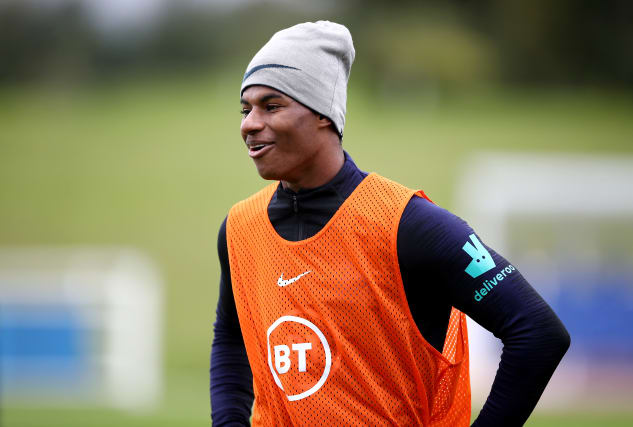 Headteacher Emma Roberts said the Manchester United footballer was already a “hero” to children at Button Lane Primary School in Wythenshawe, which has twice the national average number of pupils eligible for the free school meal scheme.

Following the Government’s U-turn on Tuesday, when it announced a £120 million fund to feed children in England over the six-week summer period, Ms Roberts said staff had been sending messages to each other saying they were “really proud” of the England international.

She told the PA news agency the 22-year-old striker continued to be part of the community where he grew up and often visited the school.

“He is like a hero to the children,” she said.

“I think they all feel like he’s their friend.

“He’s somebody close to them who is inspirational and they can aspire to be like.

“Yes, he’s a good footballer and he’s playing for England, but he’s also an inspiration in how he lives his life.”

Rashford wrote in The Times on Tuesday: “I don’t claim to have the education of an MP in parliament, but I do have a social education.

“I am clued up on the difference a U-turn decision would make on the 1.3 million vulnerable children across the UK who are registered for free school meals because 10 years ago I was one of them.”

Ms Roberts said money struggles for families had been exacerbated through the coronavirus pandemic as many parents had seen hours reduced or faced unemployment.

She said: “We’ve got an email address open at the moment dedicated to the free school meals enquiries.

“Parents knew summer was coming and we were starting to see those messages of concern come through.

“This scheme has been a lifeline for people.”

Initially, school staff pitched in to make packed lunches for children when the scheme had some teething problems as it was started up, she said.

She added: “Now it’s up and running it is straightforward so it makes sense for it to continue.”

Ms Roberts, who started working at the school after Rashford left, said staff who taught him remembered him as a hard worker who didn’t let football distract him from the classroom.

She said: “His heart is in the right place.

“He is a good role model, both on and off the pitch, he has got good morals, he knows what’s right and wrong and he seems to stand up and fight for what he believes in.”

She said she was pleased to see him take up the fight for free school meals.

“He’s got that public profile and everybody got behind it, it hasn’t fallen on deaf ears,” she said.

“I think next time I want something I should ask for his help!”