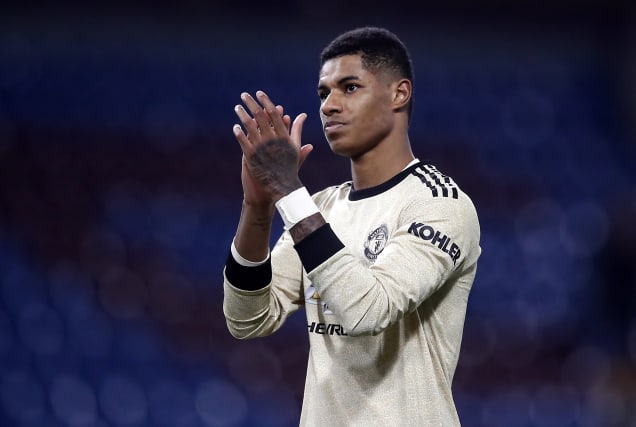 Manchester United striker Marcus Rashford has thanked MPs for giving families “one less thing to worry about” after the Government announced it would provide free school meals over the summer.

In a U-turn, Downing Street has announced a one-off £120 million fund which will benefit some 1.3 million children in England over the six-week summer period following the footballer’s campaign.

Following the news, the Manchester United and England star said he was “proud” that the voices of “vulnerable parents” all over the country had been listened to.

In a statement on social media, the 22-year-old said: “There is still a long way to go but I am thankful to you all that we have given these families just one less thing to worry about tonight.”

Footballers, politicians, charity and education leaders have praised the striker’s successful campaign to make the Government reverse its decision not to award free school meals vouchers in the summer.

On Tuesday, the Prime Minister’s official spokesman said the Government would provide a Covid Summer Food Fund to reflect the fact families face an “unprecedented situation” over the holidays.

It is understood payment will be through a one-off six-week voucher given to eligible families at the end of term to use in supermarkets.

The scheme will not continue beyond this summer, Downing Street said.

The vouchers will amount to £15 a week per child and some 1.3 million children in England will be eligible, the Prime Minister’s spokesman said.

Referring to Mr Rashford, he said: “The PM welcomes his contribution to the debate around poverty and respects the fact that he has been using his profile as a leading sportsman to highlight important issues.”

The move came after Mr Rashford penned an open letter this week asking the Government to reverse its decision not to award free school meals vouchers to vulnerable children outside of term time.