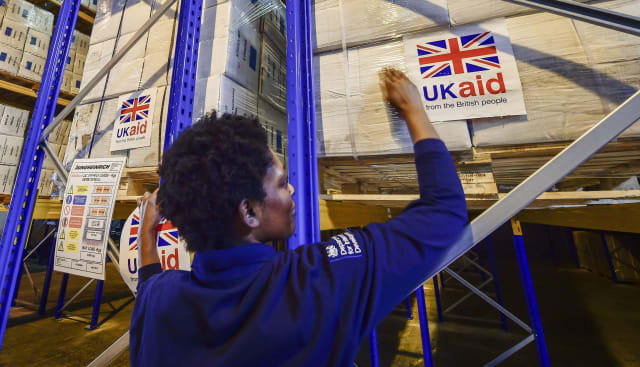 Prime Minister Boris Johnson has been urged to give a “cast-iron guarantee” hundreds of Scottish jobs will be safe after he announced the scrapping of the Department for International Development (Dfid).

The PM said it is “outdated” to keep Dfid – which has a base in East Kilbride, South Lanarkshire – as a separate department.

He has revealed it is being merged with the Foreign Office.

Mr Johnson said: “We must now strengthen our position in an intensely competitive world by making sensible changes.

The move sparked an angry reaction from opposition politicians in the House of Commons, including SNP Westminster leader Ian Blackford.

He said: “Dfid employs around 600 people at its East Kilbride base – one of the biggest footprints of any Whitehall department in Scotland.

“The Prime Minister must deliver a cast-iron guarantee that all of these jobs are secure and that they will stay in East Kilbride.”

He accused the UK Government of “turning its back on the world and to those most in need” as he called on Mr Johnson to set out the evidence for abolishing Dfid.

She said: “In the midst of an economic crisis, Boris Johnson has put the future of hundreds of Scottish jobs in doubt.

“Today’s announcement is a real blow to the local community here in East Kilbride – especially in the current circumstances we all find ourselves in.”

“After the closure of HMRC offices and job centres, it’s clear the Tories don’t care how many jobs they destroy here or how much harm the loss of these services does to people in the UK and across the world,” he said.

“This is a nasty attempt to play to the worst instincts of Boris Johnson’s rich mates.

“Britain has a long, brutal legacy of wrongdoing across the world and the international development programme is one small way in which the government has sought to make amends for that.

“Now this racist Prime Minister is scrapping Dfid and squeezing the aid budget.”

Scottish Liberal Democrat international development spokeswoman Wendy Chamberlain was also critical of the PM’s decision to “abolish the department whose job is to support the most vulnerable people around the world”.

She added: “This decision shows the extent of the Prime Minister’s determination to see the UK turn its back on the world.”