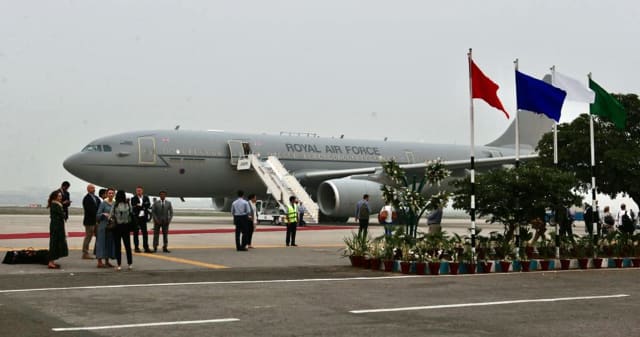 A military plane used by the Prime Minister and members of the royal family is being repainted in the colours of the Union flag.

The grey RAF Voyager jet is receiving a pre-planned makeover at an airport in Cambridge, with red, white and blue expected to be used.

Sky News reported a defence source saying the paint job sounded like something “from Austin Powers”.

Boris Johnson has previously questioned why the plane is grey, and said as foreign secretary that he would like to have a “Brexit plane” to help him travel the world and promote the Government’s vision of global Britain.

He complained in 2018 that the RAF Voyager jet, which is shared by the Prime Minister, senior Cabinet members and the royal family, “never seems to be available”.

An RAF source told the PA news agency that speculation that such a plane would have an “appropriate paint scheme based on the Union flag would not be incorrect”.

A spokesman for the Royal Air Force said: “An RAF Voyager is currently in Cambridgeshire for pre-planned works.”