Nuisance caller who pushed police officer into canal is jailed 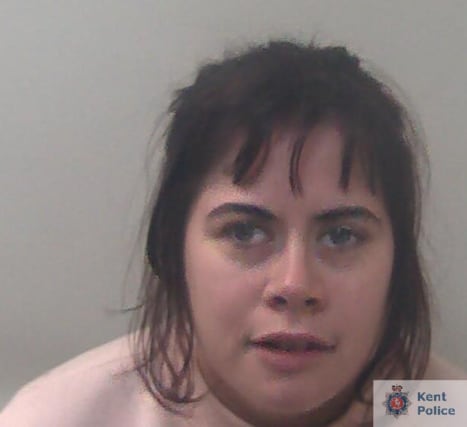 A nuisance caller who cost emergency services nearly £500,000 in wasted resources has been jailed.

Sharna Dixon made more than 700 malicious calls, and after one unnecessary callout she pushed a police officer into a canal, breaking his wrist.

The 27-year-old, of Richmond Road, Sheerness, in Kent, admitted malicious communications and grievous bodily harm without intent and was jailed for two years at Maidstone Crown Court on Monday, Kent Police announced on Tuesday.

Between November 2017 and February 2020, Dixon repeatedly called the emergency services.

Despite numerous offers of advice and support, she continued to make the nuisance calls, police said.

She made 473 calls to the South East Coast Ambulance Service, which is believed to have cost the NHS £93,654.

Dixon also called Kent Police 162 times and the Kent Coastguard 67 times, with the cost in wasted Coastguard resources estimated to be £350,000.

She also called other support services despite not genuinely needing help.

“This behaviour is not acceptable and diverts crews and officers away from genuine people who may critically require help. I hope Dixon’s sentence reinforces this message.”

In one incident, Dixon called police out to a canal in Minster on Sea, and when patrols found her, she pushed one of the officers into the water.

He sustained a broken wrist and grazing as a result of the assault.