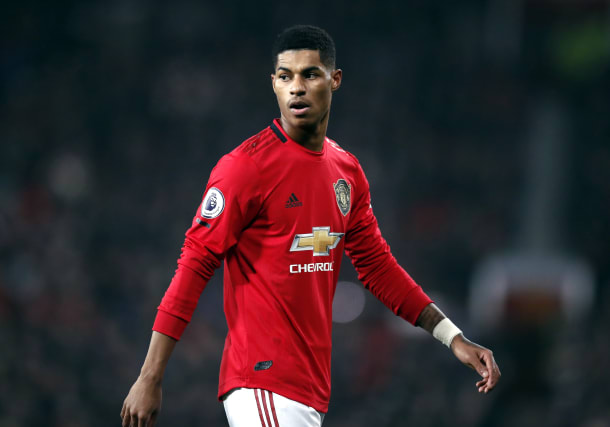 A minister has become embroiled in a row over her response to footballer Marcus Rashford's plea for the Government to extend its free school meal voucher scheme through the summer.

The Manchester United and England star has called on Work and Pensions Secretary Therese Coffey to "put rivalries aside" and "make a difference".

His plea came as Tory MP Robert Halfon, chairman of the Education Select Committee, admitted that there were "mixed views" among Conservative politicians over the extension of the free school meals programme.

On his campaign, Rashford tweeted: "When you wake up this morning and run your shower, take a second to think about parents who have had their water turned off during lockdown."

In response, Ms Coffey posted on Twitter: "Water cannot be disconnected though."

The comment was widely criticised, with shadow home secretary Nick Thomas-Symonds describing it as "snarky".

In response to Ms Coffey's tweet, Rashford said on Twitter: "I'm concerned this is the only tweet of mine you acknowledged. Please, put rivalries aside for a second, and make a difference."