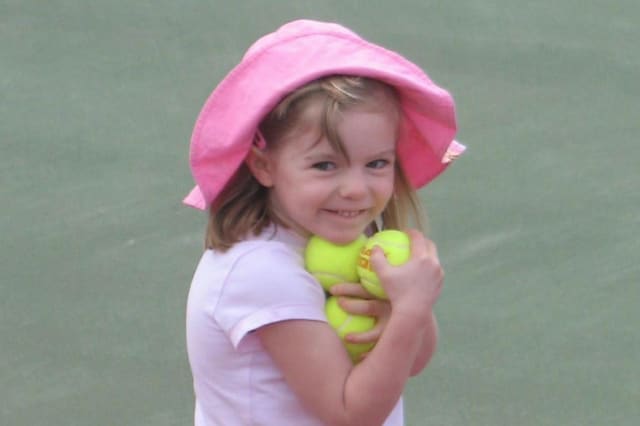 Brueckner also reportedly boasted a motorhome he owned and drove repeatedly between Germany and Portugal was ideal for hiding "drugs and children".

German investigators believe Brueckner killed Madeleine soon after abducting her from a holiday apartment in the Portuguese resort of Praia da Luz in May 2007.

The 43-year-old Brueckner is serving a 15-month prison sentence in Germany for drug dealing, and is appealing a conviction for the 2005 rape of a 72-year-old American woman, also at Praia da Luz, for which he was sentenced to seven years in jail.

Germany's Spiegel TV has revealed in a documentary that police seized the motorhome in May 2016, as part of an investigation into the disappearance of five-year-old Inga Gehricke – the so-called German Maddie.

The red and white Allegro Bay RV had been bought by Brueckner in Germany in 2010. It was found at a disused factory site near Braunschweig which Brueckner had bought six years earlier at auction.

During a six-day examination of the site, police also found computer memory sticks with more than 8,000 files, mostly containing pictures and videos of child abuse, the documentary said.

The items were in a carrier bag buried beneath the body of Brueckner's dog.

Brueckner was under suspicion after Inga vanished from the woods near Diakoniewerk Wilhelmshof in Saxony-Anhalt during a family picnic in 2015. He was charged in relation to the child pornography, but not in relation to Inga.

Spiegel TV said police had also found numerous items of children's clothing, most of them "small swimsuits", in the motorhome. Brueckner does not have any children.

A friend of Brueckner's, identified in the documentary as Bjorn R, spoke of Brueckner's behaviour while he lived near holiday resorts in Portugal.

"Alcohol sometimes loosened his tongue. He said that he was in Portugal and he got in everywhere and stole cameras," Bjorn R said.

A former ambulance driver who met Brueckner and saw the RV said: "He told me, 'I can transport children, kids, in this space. Drugs and children, you can transport them in this van, it's a safe space in the van, nobody can find them. Nobody can catch you'."

While living in Braunschweig, Brueckner ran a kiosk between 2013 and 2015.

Bjorn R told the documentary he had been contacted in 2013 by police investigating Madeleine's disappearance.

He said: "One day I came into the kiosk and he was a little bit distraught and said, 'Hey, look what I've got here' — and he showed me a subpoena for the Madeleine McCann case.

"You could see it churned him up a bit but he wasn't panicking and he wasn't saying 'they are on my heels'.

"I think he said he had been there but that he had nothing to do with it and that was that."

Brueckner has racked up 17 convictions across Europe, including for sex offences against children, drug offences, theft and forgery.

He was named prime suspect over Madeleine's disappearance earlier this month by German police, although his lawyer, Friedrich Fulscher, said Brueckner denies any involvement in the case.

Alongside the developments in that case, German investigators have also reopened the file into Inga Gehricke's disappearance, and the murder of Tristan Brubach in Frankfurt in 1998, media reports claim.

The 13-year-old was reportedly beaten unconscious, strangled, raped and tortured, with the cause of death a long cut to his throat.

It has also been revealed there is a chance Brueckner could be released from prison on July 17 if the European Court of Justice overturns his conviction for the rape of the 72-year-old American woman in Portugal.

Brueckner's lawyers are appealing, claiming that German police broke law by extraditing him from Portugal on a drugs charge but then putting him on trial for rape.

The ruling is set to be made in a July 16 hearing which has been fast-tracked because of the nature of Brueckner's case.

Of the potential outcomes, Portugal could give retrospective permission for the extradition, or the court could order a retrial.

The third possibility is that Brueckner could have his conviction overturned and be released – potentially then fleeing to a country without an extradition treaty with Germany.

German prosecutor Hans Christian Wolters, however, has told The Sun newspaper this is a worst-case scenario he does not expect to happen.

Meanwhile, Madeleine's parents have denied receiving a letter from German investigators "that states there is evidence or proof" she is dead.

Widespread media reports said the correspondence had been sent to the couple, stating German police have "concrete evidence" Madeleine is dead, but cannot reveal what it is.

But Kate and Gerry McCann posted a statement on the Find Madeleine website on Tuesday to deny the claims, saying that the news caused "unnecessary anxiety to friends and family and once again disrupted our lives".