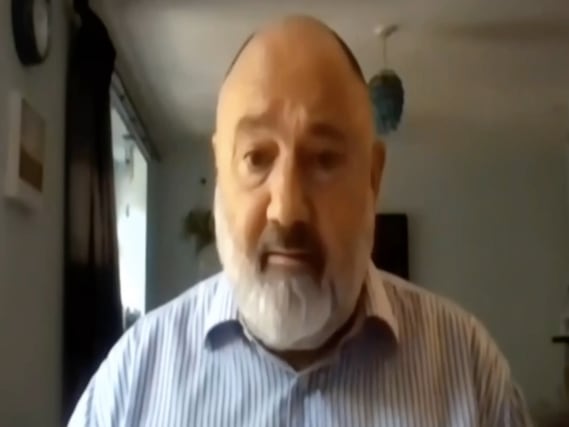 A joint replacement patient feels like his life is “on hold” after being told an operation on his knee which was cancelled due to the coronavirus crisis is unlikely to go ahead this year.

Rob Martinez, who is waiting for both knees to be replaced and also suffers from lymphoedema in his legs, took early retirement because he has difficulty walking and struggles with the pain caused by both conditions.

Giving evidence to the Commons Health and Social Care Select Committee on Tuesday, Mr Martinez told MPs that he was due to have his first knee replaced in April after being on the waiting list since October of last year.

But the 63-year-old was notified in late March that his operation had been cancelled, and on Monday was told by his local hospital there was “zero chance” of it being carried out this year.

“Pretty shocked at that, considering I had an operation date of April 15 this year,” he told MPs.

“I find it hard to believe that even when things get back up and running again, that it’s not going to be possible, probably until next year, before I have my first knee replacement.”

Mr Martinez, from Bracknell in Berkshire, told the committee that his GP surgery had been “marvellous” during the pandemic, but criticised his local hospital for a lack of communication.

In his evidence, he questioned why a small amount of hospitals could not have been allowed to remain open to prevent a “massive backlog” of operations.

In terms of the physical impact, he told MPs the ongoing pain has continued to get worse and he now has difficulty climbing his stairs at home.

“Just turning to the emotional impact this is having on myself, my life basically feels very much on hold at the moment,” he added.

“It’s really frustrating because it affects me. I’m frustrated, I’m anxious, my social and my family life has been affected by this as well.

“It’s having an impact on my mental health. It’s the not knowing – it’s like my whole life is on hold, and I’m just like getting worse to be honest.”

Conservative MP Paul Bristow asked Mr Martinez if he would have carried on working if the operation had been carried out in a more “timely way”.

“Yes, I think there was still a few more years in me to have been able to do so, yes definitely,” Mr Martinez replied.

Professor Derek Alderson, president of the Royal College of Surgeons, told the committee that he felt “desperately saddened” by Mr Martinez’s story – but added that it was not unusual.

“There’s over a million people on our waiting list for more than 18 weeks now … typified by orthopaedic patients expecting to have a joint replacement, who are in pain, increasingly dependent on painkillers, increasingly disabled, and who really need this surgery,” he told MPs.

“And we know that it makes such a difference to the quality of life for orthopaedic patients to have new joints.”

He said that catching up on the backlog within weeks was “completely unrealistic”, telling MPs: “This is certainly many months, it may take us a few years to catch up, and as I say we have to be able to sustain that effort.

“So we really do need a programme of recovery of surgery and the sustainability of surgery that probably looks at four or five years in order to have a resilient system and take things forward in the best possible way.”

Liam O’Toole, chief executive of Versus Arthritis, which has been supporting Mr Martinez, said: “Waiting lists were already an issue before the pandemic, with some waiting over a year – and the shutdown in services means the backlog is now even greater.

“Thousands are going to be left in pain as they wait for a new surgery date.

“We’re calling for people to be given accurate information on what to expect, and support to manage their pain as they wait.”