Home Office ‘has no idea’ how many people are in the UK illegally, report finds 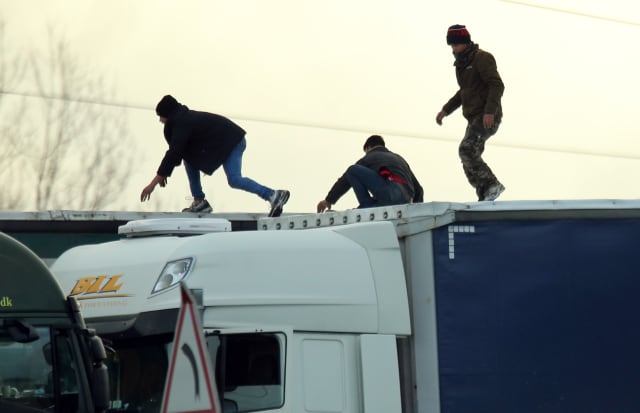 The part of Government responsible for tracking immigration has not had an up-to-date estimate of the size of the illegal population in the UK in 15 years, according to a report.

The last estimate, made in 2005, suggested there were about 430,000 people in the country with no right to remain here, but independent research since then has put the figure at more than one million, the National Audit Office (NAO) said.

But there is no baseline given against which progress can be assessed or to show whether demand for enforcement activity is going up or down, the report added.

Meg Hillier, head of Parliament’s financial watchdog, said it appeared the Home Office had “no idea” how many people are in the UK illegally “and doesn’t seem interested in finding out”.

The NAO’s report also concluded that despite collecting information around its missions and objectives, the department often cannot show whether its measures are working.

While detected attempts by people to come into the UK by clandestine means has risen to 46,900 in the year to October 2019, from 40,800 in the same period for the previous year, it is unclear whether that was down to more attempts being made overall or better detection, the report said.

The department is also unable to assess whether its measures to prevent people accessing Government-funded services “have any meaningful impact on the likelihood that an individual will leave the UK voluntarily”, the report added.

The number of people leaving the UK, either enforced by the Home Office or voluntarily, has fallen “dramatically” since 2015 to over 13,100 people in the 12 months to the end of November last year, the report said.

While the department encourages voluntary returns, those have fallen to an average of approximately 460 a month last year from an average of 1,200 a month in 2015, the NAO said.

Almost 5,000 of the 7,400 immigration offenders subject to enforced last year were foreign national offenders, the report said, adding that that figure has remained stable and accounts for around two-thirds of total enforced returns .

The NAO said the Home Office could look at how other parts of Government come up with estimates of “hidden activity” such as serious and organised crime, which it said could help to “improve its understanding of the full scale of the illegal population in the UK and identify new ways to address some of the challenges it faces”.

The highest estimate of the illegal population in the UK is 1.2m, given by the Pew Research Centre last year, but the NAO acknowledged it had not attempted to verify the number.

The report said: “Although there would be significant uncertainty around any estimate it (the department) developed, such an estimate could help the department to demonstrate that its activities are effective in deterring attempts to enter or remain in the UK illegally.”

Ms Hillier, chairwoman of the Public Accounts Committee, said: “The Home Office has no idea how many people are in the country illegally and doesn’t seem interested in finding out.

“It can’t demonstrate that its actions to control illegal immigration are working as intended, and doesn’t understand how different aspects of its work fit together.”

Gareth Davies, head of the NAO, said: “The work of Immigration Enforcement by its very nature is complex and challenging.

“While the Home Office has introduced significant changes to its enforcement activity, it cannot demonstrate that overall performance is improving.

“The Department needs a better understanding of the impact of its immigration enforcement activity on its overarching vision to reduce the size of the illegal population and the harm it causes.”

A Home Office spokesman said: “We have taken back control of our immigration system and for the first time in a generation, we will have full control over who comes and stays here. As this report acknowledges, the nature of immigration crime and offending is complicated and we are consistently looking at ways to get ahead of the organised gangs behind it.

“We work tirelessly with international partners and agencies, such as the NCA, to tackle illegal migration, close down routes for people smuggling and return those with no right to remain the UK wherever possible. We make no apology for seeking to deport foreign national offenders and since 2010 we have removed more than 53,000 criminals.”