Greggs to reopen 800 stores on Thursday 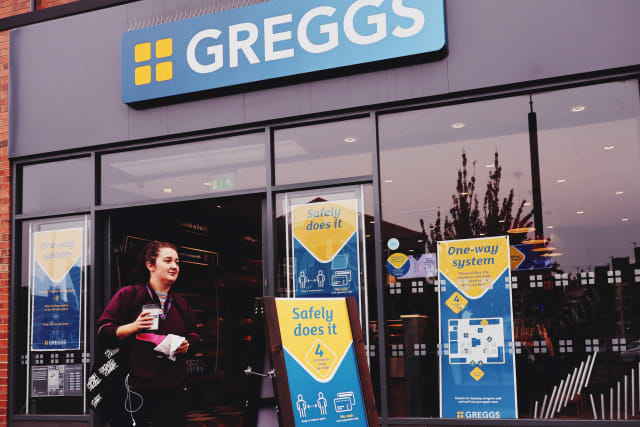 Greggs has announced it plans to reopen around 800 stores to customers for takeaways from Thursday with the aim of welcoming sausage roll seekers to the remaining 1,000 sites by early July.

Bosses unveiled the new-look stores, with floor markings, protective clothes for staff and screens at counters among several measures to protect against coronavirus spreading.

There will also be a reduced menu to ensure social distancing in kitchens and workspaces.

Greggs warned sales are likely to remain subdued as the chain copes with fewer customers allowed in stores at any one time, following a series of small-scale trials near its offices.

As a result of the expected fall in sales, an unspecified proportion of staff "will remain furloughed until sales levels begin returning to normal", the company said.

The Newcastle-based business has taken a tentative approach to reopening, with management keen to avoid any rushes or overcrowding at sites following its three-month closure.

Rivals KFC and McDonald's have seen long car queues for drive-thru services and non-essential retailers were greeted with hundreds of shoppers waiting to snap up a bargain, as stores were able to reopen their doors on Monday.

Greggs had been allowed to stay open throughout the lockdown, offering takeaway and delivery services.

But bosses declined, saying it felt remaining open would compromise the safety of its employees.

Updating the stock market on Tuesday morning, the company added it remains cautious and warned sales may fall.

It said: "We are not able to predict the impact of social distancing on our ability to trade or on customer demand.

"However, our capacity to operate will be restricted by size of shop and we must anticipate that sales may be lower than normal for some time.

"This will require us to maintain a proportion of our colleagues on furlough, either fully or partially, until sales levels begin returning to normal.

"In anticipation of lower sales, we have limited our initial product range to our best sellers and therefore a number of our manufacturing operational teams will remain furloughed until demand reaches a level that justifies the addition of remaining product lines."

Longer term, the company added it has temporarily suspended its new shop opening plans, beyond those legally committed to, with just 10 new sites expected.

Greggs has also spoken to landlords with a "variety of proposals in return for rent reductions" and will switch to monthly payments from June, following a full quarterly rent payment in March.

Chief executive Roger Whiteside said: "Looking forward, although great uncertainty remains, we are excited to be resuming our service for many customers this week.

"We are confident of our ability to adapt to market conditions in the short term while continuing to invest in the long-term growth of our business."