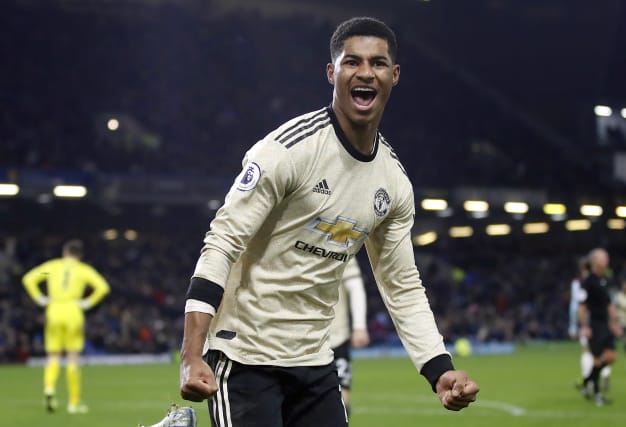 Manchester United striker Marcus Rashford has won his battle to force the Government to provide free school meals during the summer.

In a U-turn, Downing Street announced a £120 million fund which will benefit some 1.3 million children in England over the six-week summer period, Number 10 said.

After the news was announced, Rashford wrote on Twitter: “Just look at what we can do when we come together, THIS is England in 2020.”

The change of policy followed a plea by the Manchester United and England star to help children.

The Prime Minister’s official spokesman told a remote Westminster briefing: “Owing to the coronavirus pandemic the Prime Minister fully understands that children and parents face an entirely unprecedented situation over the summer.

“To reflect this we will be providing a Covid Summer Food Fund.

“This will provide food vouchers covering the six-week holiday period.

“This is a specific measure to reflect the unique circumstances of the pandemic.

“The scheme will not continue beyond the summer and those eligible will be those who already qualify for free school meals.”

It is understood payment will be through a one-off six week voucher given to eligible families at the end of term to use in supermarkets.

The Prime Minister’s spokesman said the measure would impact some 1.3 million children in England.

Referring to Rashford, he said: “The PM welcomes his contribution to the debate around poverty and respects the fact that he has been using his profile as a leading sportsman to highlight important issues.”

The cost will come to £120 million in additional funding, Downing Street said.

“The thought of 1.3 million children going hungry this summer was unimaginable.

“Well done to @MarcusRashford and many others who spoke out so powerfully about this issue. #HolidaysWithoutHunger”.

Downing Street said the vouchers would amount to £15 a week per child.

The PM’s spokesman said: “This is a specific measure over the summer.”

Rashford had penned an open letter this week asking the Government to reverse its decision not to award free school meals vouchers in England – for which nearly 1.3 million children are eligible – outside of term time.

Tory MPs Robert Halfon and George Freeman, who had both rebelled to back Mr Rashford’s campaign, thanked the Government for its U-turn.

“The Government can’t & mustn’t give money to *every* campaign: but this was a wise choice for any serious (One Nation Conservatives).”

Other Conservative MPs voiced support for the change in direction, with Bob Seeley tweeting: “I welcome the Government’s announcement to introduce a Covid summer school fund to help feed children during the holidays.

Jason McCartney tweeted: “Great news! Huge thanks to @MarcusRashford and to the Government for listening.”