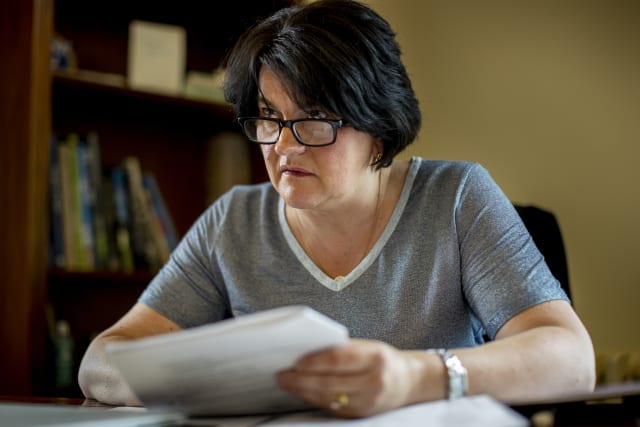 Stormont’s First Minister has proposed an extension of financial support to children eligible for free school meals over the summer.

DUP leader Arlene Foster said the move would be dependent on funding being identified.

With Sinn Fein having also called for an extension, it is likely that additional financial support will be approved.

The development comes as the Government reversed its decision not to extend free school meal support in England over the summer following a campaign involving Manchester United star Marcus Rashford.

The authorities in Scotland and Wales are also providing support to eligible families over the summer.

Stormont education minister Peter Weir had previously said his department did not have the money to extend the scheme outside term time.

When schools closed due to the pandemic, the families of children eligible for free meals were instead given a £27 payment every fortnight.

There are almost 100,000 children in Northern Ireland who are eligible.

Mrs Foster was asked about the issue during Assembly question time on Tuesday.

“I am very sympathetic to ensuring that our young people have the certainty of at least one good meal per day over the summer months,” she said.

“And we know that that is a challenge for many families. And I know this is an issue the deputy First Minister (Michelle O’Neill) also takes very seriously and indeed having spoken to the Education Minister he is also very supportive.”

She added: “Doing well in education can be dependent on a range of different home and indeed personal factors, but we need to ensure that young people have the best possible opportunity to succeed to when they return to school hopefully in late August/September.

“There are exceptional circumstance due to Covid-19 therefore I will be proposing to the Executive that meals continue to be provided to that cohort of children over the summer period this year, if the necessary finances can be secured.”

One further coronavirus linked death was announced in Northern Ireland on Tuesday, bringing the total reported by the Department of Health to 542.

There were two new confirmed cases of the virus, bringing the total to 4,854 since the pandemic began.

Earlier, Sinn Fein MLA Karen Mullan had called for the continuation of free school meal payments over the summer.

“Families already struggling financially due to the impact of Covid-19 will struggle over the next two months with the additional cost of food if financial support is not put in place,” she said.

“The impact on some of the disadvantaged young people in our society has been exacerbated by Covid-19 and it’s vital we prioritise and support these young people and their families.

“The links between educational underachievement and deprivation are well known and the evidence suggests that children returning to school can often be weeks or months intellectually behind classmates who have access to a more wholesome diet during the holidays.”