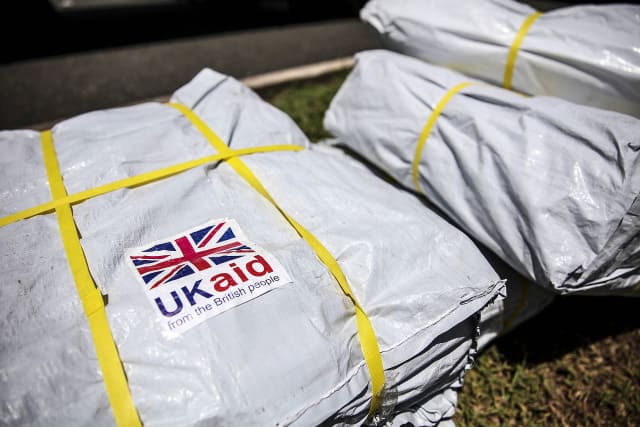 As the Prime Minister prepared to confirm the move to merge Dfid with the Foreign Office, Rory Stewart, both a former international development secretary and foreign office minister, told PA news agency he would have been “strongly” arguing against the shake-up if he was still in office.

He added: “I don’t think it is the smart option.

“There are many other things we need to be concentrating on at the moment.

“It will lead to a lot of disruption, a lot of uncertainty at a time when the Foreign Office has an enormous amount to be focused on.”

It was rumoured during the February reshuffle that Boris Johnson was preparing to scrap the post of International Development Secretary before appointing Anne-Marie Trevelyan to the role.

The mooted merger would give the Foreign Office more control over aid spending, although reports suggest the target of spending 0.7% of GNP on development would remain in place.

Tory MP Andrew Mitchell, who served as international development secretary during the coalition government, joined in criticising the proposals, saying “abolishing Dfid would be a quite extraordinary mistake”.

In a statement to PA, the former Cabinet minister said it would “destroy one of the most effective and respected engines of international development anywhere in the world”.

Douglas Alexander, a former Labour MP who was in charge of Dfid while Gordon Brown was in Downing Street between 2007-10, tweeted: “Abolishing Dfid would be an act of national self-harm that would hurt both the UK’s global standing and our efforts to assist the world’s poorest people amidst a global pandemic.”

But Tory MP Bob Seely, who co-wrote a report last year with the right-leaning foreign affairs think tank the Henry Jackson Society (HJS) arguing for Dfid to be subsumed into the Foreign Office, welcomed the “brave and ambitious approach”.

He said: “Aid is vital and will continue to be so but it is also true that we need to integrate better our overseas policy.

“This will see aid spent more not less effectively, by ensuring that aid and diplomacy work hand in hand for Britain and the world.

“This will result I’m better aid spending, better value for the taxpayer, and more clout for global Britain.”

Mr Johnson wrote the foreword for the HJS report, which was published before he became Prime Minister, saying at the time: “This is an original and important contribution to the debate, and will give food for thought – and encouragement – to all who believe in a global Britain.”