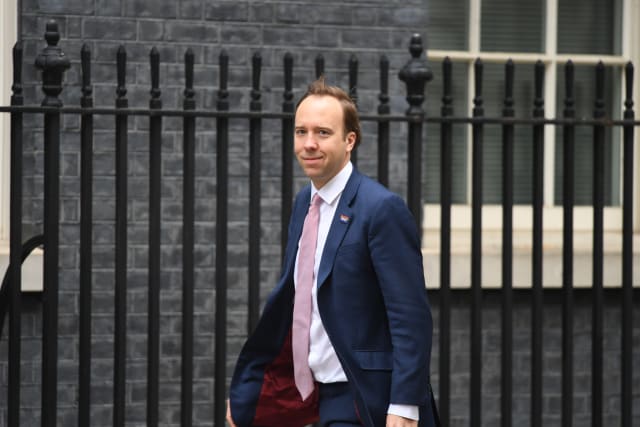 The Government has stockpiled 200,000 courses of a steroid that is the first drug shown to save the lives of some people with coronavirus.

The NHS will make dexamethasone available as treatment for patients on ventilators and oxygen from Tuesday afternoon.

It is a cheap and widely available drug that cuts the risk of death by a third for patients on ventilators, a study has found.

For those on oxygen, it cut deaths by a fifth.

Health Secretary Matt Hancock welcomed the discovery by researchers, thanking the scientists at the University of Oxford.

He said supplies of the drug have been stockpiled since March for use by the NHS.

In a video on Twitter, he said: “This is a huge step forward. And it’s because we backed the science, and because we’ve taken the approach that’s guided by the science, that we’ve been able to deliver this result.”

He added: “Now, because we spotted the early signs of the potential of dexamethasone, we’ve been stockpiling it since March. So we now have 200,000 courses that are ready to go.”

A course of the drugs involves a six milligram dose, once a day, which can either be given by mouth or by injection.

Mr Hancock further said that from Tuesday afternoon dexamethasone will form part of the NHS standard treatment for Covid-19.

“I want to thank the NHS and the 6,000 patients who took part in a clinical study, and my own team led by Professor Jonathan van Tam  – they’ve done such a absolutely brilliant job.

“And the commercial experts in the department who have been there, buying, to make sure that we’ve got the stockpiles ready, should this result come up.

“And it is good news, but most of all it’s good news for the thousands of lives that dexamethasone has the potential to save while we deal with this terrible virus,” Mr Hancock concluded.

According to a Government list of medicines that cannot be exported from the UK or hoarded, dexamethasone was banned for export in tablet form on April 24, and as an oral solution or for injection on June 16.