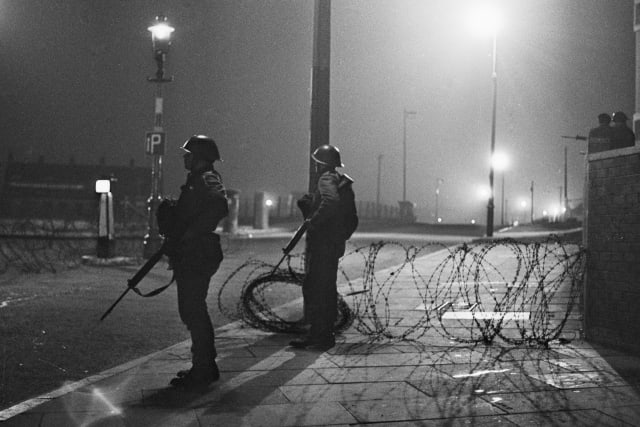 The Government has an obligation to implement a compensation scheme for Troubles victims if the Stormont executive is unable to, the First Minister has said.

Arlene Foster said the delay in introducing the payments had caused hurt and pain among those injured in the conflict.

After a long campaign by victims for the support payments, which range from £2,000 to £10,000-a-year depending on the severity of the injury, MPs passed legislation last year to establish the scheme.

It was supposed to open to applications on May 29 but its future has been thrown into doubt over two separate disputes, one on funding, the other on eligibility.

Stormont and the Government are at odds over who foots the £100 million-plus bill.

Separately, Sinn Fein are blocking the appointment of a Stormont department to oversee the scheme, due to a stand-off with the Government over eligibility criteria which would require former convicted paramilitaries to go before an independent panel to determine whether they should get the payment.

Mrs Foster said she was “particularly upset” that the scheme had not proceeded.

“It is important that we proceed because it is wrong that innocent victims are not receiving what they’re legally entitled to receive,” she said.

“And I think we should recognise the hurt that has been caused by this not coming into operation on the date that it was to come into operation and work to try and make sure that we have agreement on the designated department as soon as possible.

“But if that is not possible, then given this came from Westminster, through the Executive Formation Act originally, and then through the regulations of January of this year, then I think the Westminster government have an obligation to look to other ways to deal with this issue.”

On the funding row, the First Minister said: “Westminster has an obligation and must deliver on its responsibility to support funding for this scheme.

“Efforts are continuing to resolve this issue as swiftly as possible.”