Zoos reopen to visitors for the first time since lockdown 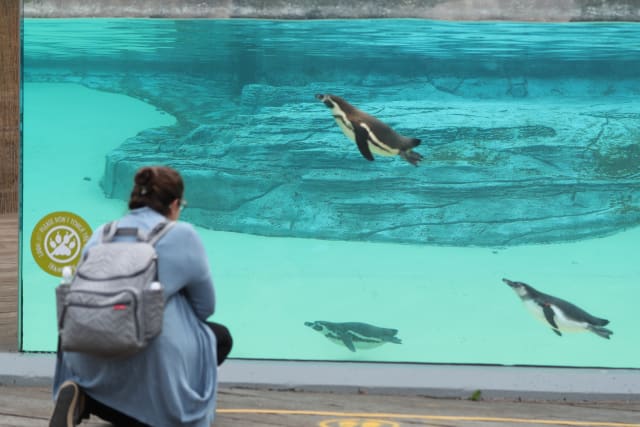 Visitors were being asked to keep “a lion’s length apart” as zoos welcomed members of the public back amid an easing of lockdown measures.

Zoos and safari parks have been allowed to open their doors to visitors from Monday, as part of efforts to begin reopening the economy, as long as they have implemented social distancing and other safety measures.

Long queues of people formed outside ZSL London Zoo in Regent’s Park, west London, ahead of the park’s reopening for the first time since late March.

Parents and children were asked to respect two-metre social distancing and many wore face coverings.

Kathryn England, chief operating officer for ZSL London Zoo, said that it was “glorious” to be able to welcome customers back to the park.

“It’s been really quiet here so to be able to see (people) coming back with absolutely enormous smiles all over their faces really is a special moment for us all here,” she said.

“We’ve really reconfigured the whole zoo so that people feel and are safe…there’s lots of signage around to remind them to keep a lion’s length apart, a tiger’s length apart.”

Ms England added that the high demand for tickets showed an immense support from the public, which she described as “totally moving”.

“It’s so nice to see children beside themselves with excitement and parents relieved to be able to have a different place to come and entertain the children for a few hours,” she said.

“What’s also nice is that the staff are absolutely thrilled to have people back, it’s great.”

Other zoos such as Chester Zoo were also welcoming people back from Monday, while some attractions are planning to open their doors again in the coming weeks.

Animal and wildlife venues were given the green light to reopen outdoor areas of their sites by the Government last week, after many raised concerns they were facing a financial crisis.

The conservation work many zoos carry out around the world, which is often largely funded by visitors to the attractions, was also at risk, they warned.

But the reopening has come too late for some sites, with Living Coasts attraction in Torquay, Devon, announcing it would close for good as a result of falling visitor numbers and the forced closure of the pandemic.