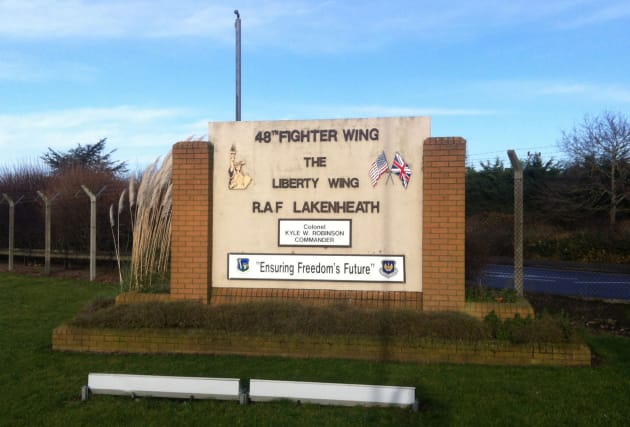 The wreckage of an American fighter jet which crashed into the North Sea has been located, as the search for its pilot continues.

The single-seater US Air Force F15C Eagle, from the 48th Fighter Wing based at RAF Lakenheath in Suffolk, crashed at around 9.40am on Monday while on a routine training exercise.

The cause of the crash is not known.

Colonel Will Marshall, commander of the Wing, said he remains “hopeful that our Liberty Wing airman will be located and recovered”.

RAF Lakenheath said in a statement on Monday afternoon: “Search efforts by Her Majesty’s Coastguard have located wreckage from the downed F15C Eagle and recovery efforts are under way.

“The pilot is still missing, and search and rescue efforts continue.”

HM Coastguard said on Monday morning that it had received reports that an aircraft went into the sea 74 miles off the coast of Flamborough Head in Yorkshire.

A search-and-rescue operation is continuing, with a Coastguard helicopter and Bridlington and Scarborough RNLI lifeboats sent to the area.

The Coastguard also sent a Mayday broadcast, resulting in other vessels nearby heading there.

Col Marshall said: “Search and rescue efforts are currently under way but the pilot of the aircraft is still missing.

“We will provide updates as they become available while prioritising respect and consideration for the pilot’s family.

“We’re extremely grateful for the timely response of our UK counterparts in support of these recovery efforts and remain hopeful that our Liberty Wing airman will be located and recovered.”

RAF Lakenheath is the “largest US Air Force-operated base in England and the only US air forces in Europe F15 fighter wing”, its website said.

The 48th Fighter Wing, which has operated from the base since 1960, has more than 4,500 “active-duty military members”.

Its mission statement is to “provide worldwide responsive combat air power and support”.

A US Air Force investigation found that the crash was caused by the “angle of attack” of the aircraft and “imperfections” in the assembly of the jet’s nose cap.