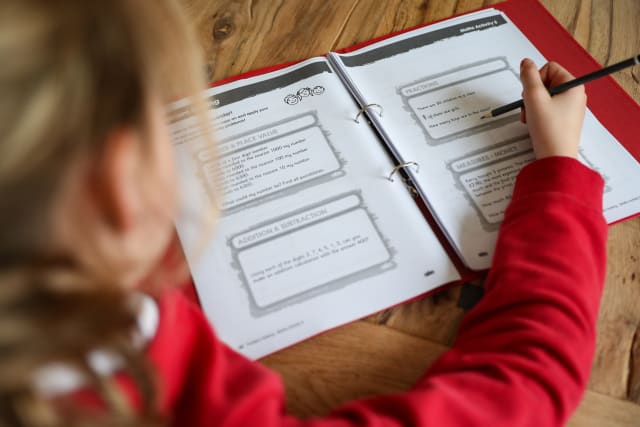 Approximately two million children in the UK have done barely any schoolwork at home during the coronavirus lockdown, a study suggests.

Around one in five pupils have carried out no schoolwork at home, or less than an hour a day, since schools closed partially in March, research by UCL Institute of Education (IOE) has found.

Researchers estimate this equates to approximately 2.3 million children across the UK.

The study showed only 17% of children put in more than four hours of schoolwork a day.

The findings come as ministers face pressure to get children back to school as soon as possible.

Last week, Education Secretary Gavin Williamson was forced to admit defeat over plans for all primary schools to fully reopen before the summer holidays.

The research, carried out at in April, suggests that children locked down at home in the UK spent an average of 2.5 hours each day doing schoolwork.

The figure is around half that suggested by previous research, which implies that “learning losses are much greater than feared”, according to the study.

Children who are eligible for free school meals (FSMs) appear to be additionally disadvantaged during lockdown, the study finds.

Only 11% of children in receipt of FSMs spent more than four hours a day on schoolwork, compared to nearly a fifth (19%) of pupils who are not eligible for free school meals.

It is based on a survey of 4,559 households in the UK during the last two weeks of April.

It found offline schoolwork is lowest in North East England, where the proportion receiving four or more daily pieces of work is 9%, compared with the UK average of 20%.

Professor Francis Green, the lead author of the study, said the findings paint a “gloomy picture” of missed schooling and low take-up of academic work at home.

He said: “The closure of schools, and their only-partial re-opening, constitute a potential threat to the educational development of a generation of children.

“Everyone is losing out in this generation, some much more than others. Better home schoolwork provision, and better still an early safe return to school for as many as possible, should now become a top priority for Government.”

The research also found that one in five children on FSMs had no access to a computer at home, compared to 7% for other children.

“The lack of a computer is likely to considerably harm their ability to do schoolwork at home, submit it and have it checked,” Prof Green added.

It comes as politicians, education leaders and charity heads have called for children eligible for FSMs to have internet access at home.

More than 40 senior figures, including former education secretaries, have called on the Government to provide access to 1.3 million disadvantaged pupils in an open letter.