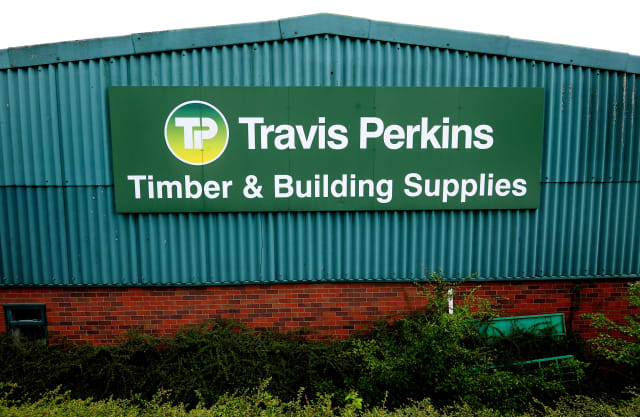 Around 2,500 workers are set to lose their jobs at builders’ merchant Travis Perkins.

The company, which also owns Toolstation and Wickes, said the decision comes as it expects the recession to hit the trade for at least two years.

Chief executive Nick Roberts said: “Whilst we have experienced improving trends more recently, we do not expect a return to pre-Covid trading conditions for some time and consequently we have had to take the very difficult decision to begin consultations on the closure of selected branches and to reduce our workforce to ensure we can protect the Group as a whole.

“This is in no way a reflection on those employees impacted and we will do everything we can to support them during this process.”

The cuts come after a week in which UK companies announced redundancies in excess of 60,000, including cuts from Centrica and BP.

Businesses are concerned that the recession, which is predicted to be the harshest in living memory, will take years to recover from and that some firms may collapse in the battle for survival.

Economists and experts also predict the unemployment rate could return to levels not seen since the 1980s.

Travis Perkins said: “While there has been a significant recovery in trading volumes in recent weeks, it is evident that the UK is facing a recession and this will have a corresponding impact on the demand for building materials during 2020 and 2021.”

The redundancies make up around 9% of the total workforce, the company added, with the store closures reducing its portfolio by 8%.

The company said: “Branch closures will be concentrated in the Merchant businesses, in particular the Travis Perkins General Merchant, focusing on small branches where it is either difficult to implement safe distancing practices, or where marginal profitability will be eroded in a reduced volume environment.”

Travis Perkins added that over the past six weeks more branches have been opening – DIY stores were deemed “essential” and allowed to remain open during lockdown.

Sales were down 40% in May compared with the same month a year ago, but there have been strong sales in Wickes and Toolstation as households stuck indoors turn their hands to DIY.

Its general merchanting business is operating well, it said, with builders returning to homes to continue or start new residential jobs following a relaxing of rules on going back to work.

But plumbing and heating is “recovering more slowly as a greater proportion of plumbing work requires tradesmen to work in people’s homes”, it added.

At the end of last week, the company had cash deposits of £363 million alongside an undrawn overdraft of £400 million with its banks.