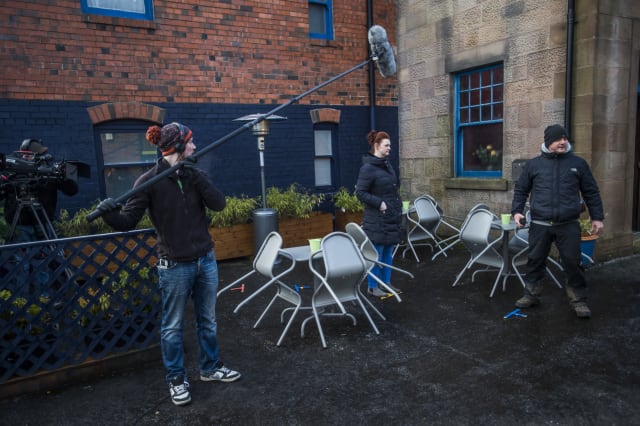 Scottish soap River City is planning to return to filming in August after a break because of coronavirus.

It is hoped new episodes will air on the BBC Scotland channel and BBC One Scotland in late September as crews and actors return.

Production was paused in March but two reduced crews and a maximum of four cast per unit will work in “filming pods” at the BBC’s Dumbarton Studios as a temporary measure until social distancing is relaxed.

The impact of Covid-19 will also form part of the storylines facing characters when the soap returns.

Gavin Smith, BBC Scotland commissioning editor, said: “River City will continue to reflect the lives of our audience when it returns to BBC Scotland and BBC One Scotland after the summer.

“After such a seismic event in 2020, we can’t ignore coronavirus so when we’re back in Shieldinch we’ll see the effect of the pandemic on our characters rather than making it the main focus.

“River City’s comeback will see fans’ favourite characters return with a bang and there’s lots of new dramatic and funny stories being written over the summer.”

The last original episode of River City aired on May 18, with a 10-part series delving into the show’s archives airing on Monday nights since then.

When the soap returns it is proposed to initially return as two half-hour programmes, twice a week from September, instead of its usual hour-long episode.

Martin McCardie, BBC Studios series producer, said: “We are busy preparing our new episodes of River City where the lives, loves and laughter from Shieldinch can soon be on our screens again.

“Our characters will adjust to their new reality but continue with the drama and the fun, we can’t wait.”