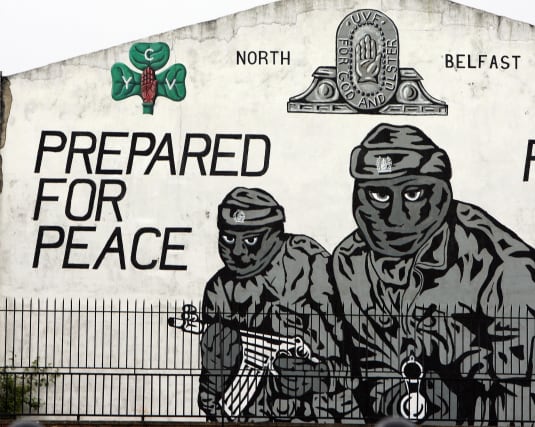 Paramilitary death threats against journalists and politicians in Northern Ireland are “beyond despicable” and have no place in a democratic society, the Government has been told.

In the face of limited progress in tacking the activities of these outlawed groups, a “renewed and serious effort” is needed to put them “out of business for good”, said Tory peer Lord Caine.

He was joined by two former Northern Ireland secretaries in condemning the actions of the “paramilitary thugs”.

Tory frontbencher Viscount Younger of Leckie also said it was “unacceptable” that journalists and politicians should find themselves threatened for doing their job and said the Government gave its “fullest possible support” to efforts to tackle groups involved in terrorism and paramilitarism in Northern Ireland.

Raising the issue at Westminster, Lord Caine, who served as a special adviser to six secretaries of state for Northern Ireland, said: “The recent death threats to journalists and politicians in Northern Ireland from paramilitary groups are quite frankly beyond despicable and have no place in any society that is based upon democracy and the rule of law.”

Arguing that progress in tackling paramilitary activity had been limited, Lord Caine said: “Does the Minister agree that everyone in Northern Ireland should be able to go about their daily business without threat or the fear of threat and that we now urgently need a renewed and serious effort to put all paramilitary groups, which were never justified in the past and have no justification today, out of business for good?”

Lord Younger said: “Ending paramilitarism and the harm caused by paramilitarism is a priority in the new programme for government. He will know these are complex issues that require a long-term approach.”

Former Northern Ireland first minister Lord Trimble said representatives of the republican movement needed to be reminded that they were only admitted into the talks process when they had committed themselves to “democratic and peaceful means”.

The Conservative peer added: “That commitment is somewhat frayed after senior members of the republican movement have tried to justify the terrorist campaign.”

Lord Younger said each of the parties in the Northern Ireland Executive, including Sinn Fein, had made a clear commitment to tackle paramilitary activity in Northern Ireland.

He said: “There is absolutely no place in any society, certainly not Northern Ireland, for threats or violence.”

Labour peer Lord Murphy, who also served as Northern Ireland secretary, said: “Does the Minister agree that the solidarity across all parties in Northern Ireland and civic society and the two governments on this issue should send a clear signal to these paramilitary thugs that they have no place in the Northern Ireland of today?”

Lord Younger said: “Whether it’s dissident terrorists or paramilitary groups, there is absolutely no place for them to exert control over for example communities through violence or threats, or to exploit those communities for their own ends.

“Those involved in these groups offer noting but harm to communities.”

Former Ulster Unionist Party leader Lord Empey pointed out it was 22 years since the Good Friday Agreement brought an end to the Troubles, but he added: “Yet every single one of the paramilitary organisations in Northern Ireland, plus a few that have developed since, are still functioning. Surely that demonstrates the need for an absolutely fresh start in terms of tackling this paramilitary violence.”

Lord Younger said: “It is a long-term matter. We have worked with the Northern Ireland Executive to ensure that there is a clear strategic approach.

“There’s no complacency. We need to move as fast as we can.”