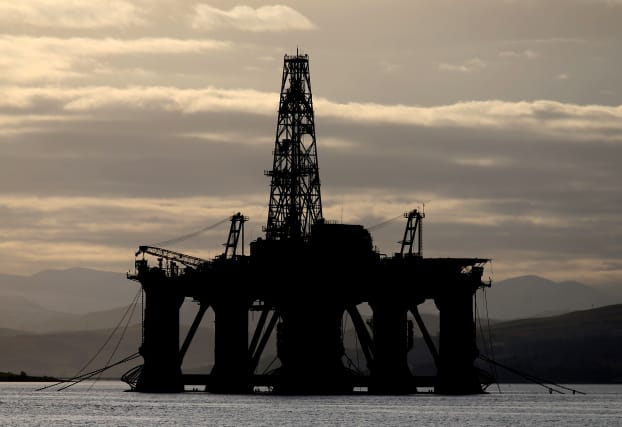 The UK oil and gas industry has announced a target to half its greenhouse gas emissions within a decade as part of efforts to become net-zero by 2050.

It is now aiming to halve greenhouse gas emissions arising from exploration and production work on the UK Continental Shelf by 2030 and then delivering a 90% emissions reduction by 2040.

The industry body also restated its ambition to achieve net-zero emissions by 2050.

A new report sets out how changes to operations are needed, as well as reductions in flaring – the controlled burning of gases – and “major capital investment programmes to decarbonise production operations”.

Ms Michie said the “challenging targets” have been developed after “detailed assessment of the measures needed to deliver them”.

Ryan Morrison, of Friends of the Earth Scotland, said: “Fossil fuels drive the climate crisis and the industry has shown time and time again it does not serve the interests of people or planet.

“Thousands of offshore workers are facing redundancy, supply chain companies in Scotland are struggling to cope with the industry’s volatility, while the reckless pursuit of every last drop of oil and gas brings climate breakdown ever closer.”

Lang Banks, WWF Scotland director, said: “The oil and gas industry needs to take responsibility for the use of its products, not just how green its operations are.

“Reducing our dependence on fossil fuels is the only fair and sustainable way to address the climate emergency.”

Oil and Gas UK published its Pathway to Net Zero report amid the Covid-19 pandemic and after a slump in oil and gas prices that have had a “devastating impact” on the industry.

A total of 18.3 million tonnes of CO2 equivalent greenhouse gases were emitted from upstream oil and gas operations in 2018 –  4% of total UK emissions.

Report author and Oil and Gas UK emissions improvement manager Louise O’Hara Murray said: “These targets would remove over nine million tonnes of CO2 equivalent greenhouse gas emissions from our operations over the next decade; the same as taking nearly two million cars off the road for a year.”

UK energy minister Kwasi Kwarteng said: “The offshore oil and gas sector’s commitment to halving operational emissions over the next decade is a welcome step for an industry that has a vital role to play in our energy transition in the years to come.”

Scottish energy minister Paul Wheelhouse said: “I welcome this report from the UK oil and gas industry and the ambitious targets committing it to halving operational emissions over the next decade.

“This is not only an important commitment from one of Scotland’s key sectors, but a significant step to support Scotland’s just transition to net-zero which helps us move at pace.”

He said: “Extracting every last drop of oil and gas using renewable electricity does not tackle the climate emergency. What next, solar powered coal mines?

“At a time when Governments should be putting in place fair transition plans for workers in the sector, UK ministers are putting their fingers in their ears.

“The UK is showing a disgraceful lack of leadership ahead of the Glasgow COP26 climate summit, countries like New Zealand and France are putting limits on oil and gas expansion allowing time to transition.

“Instead the UK Government is letting industry rather than climate science set the pace.”