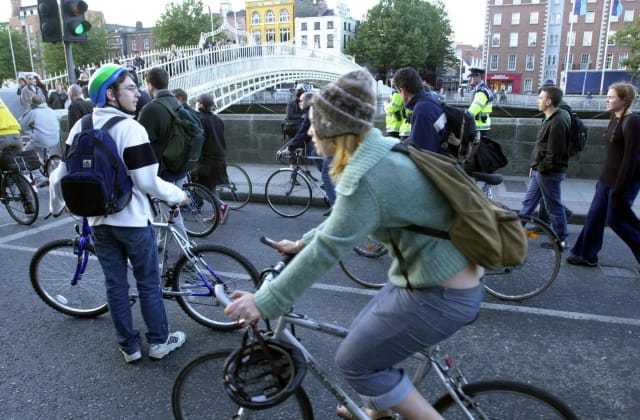 The three political parties at the centre of Ireland’s new coalition government have pledged to fundamentally change the country’s transport system.

It forms part of the lengthy green commitments made in the Programme for Government signed off by Fine Gael, Fianna Fail and the Green Party on Monday.

In what is seen as a win for the Green Party, the new government has promised a 2:1 ratio in capital spending between new public transport infrastructure and new roads.

One of the key priorities of the Green Party was to reach an agreement to commit to an average 7% per annum reduction in overall greenhouse gas emissions from 2021 to 2030, and to achieving net zero emissions by 2050.

The 2050 target will be set in law by the Climate Action Bill, which will be introduced in the Dail within the first 100 days of government alongside a newly established Climate Action Council.

The Bill will define how five-year carbon budgets will be set. Every sector will contribute to meeting this target by implementing policy changes.

–  Delivery of a National Aggregated Model of Retrofitting, reaching more than 500,000 homes by 2030 as part of the EU Renovation Wave.

– Accelerated electrification of the transport system, including electric bikes, electric vehicles and electric public transport, alongside a ban on new registrations of petrol and diesel cars from 2030.

– A strategy for remote working and remote service delivery, taking
advantage of the opportunity for rapid roll-out of the National Broadband Plan.

– An unprecedented modal shift in all areas by a re-orientation of
investment to walking, cycling and public transport.

– A transformational programme of research and development.

The parties said that fare structures will be reviewed to ensure that public transport is as accessible as possible, supports the delivery of services and incentivises off-peak travel.

They will also task the National Transport Authority (NTA) with producing a park and ride implementation plan for Dublin, Cork, Galway and Limerick, to help reduce congestion and journey times.

These will integrate car parking facilities with public transport and cycling networks and will include the provision of secure lockers for bicycles.

They have also committed to developing and implementing a sustainable rural mobility plan.